"Greasy movie"
Deep dive into the wishing NOT well!!! Teenager stumbles upon a Chinese music box that makes wishes come true – unaware that it also extracts a horrific price for each deed - from Friday

Echoing of not only the ‘seemingly inanimate object which is a demon in disguise’ horror movie (the Child’s Play and Annabelle franchises which involve demonic dolls) but also the Hellraiser franchise with its deadly puzzle box, the American Wish Upon is something slightly different from both. For a start, its title recalls the song When You Wish Upon A Star from Disney’s Pinocchio suggesting a fairy story with a happy ending. Which of course it isn’t, being a horror movie. It also recalls the 1902 short story The Monkey’s Paw, the archetypal ‘be careful what you wish for’ tale widely read in U.S. schools although in fact of English origin.

Having as a small child witnessed her mother’s suicide, teenager Clare (Joey King) comes across a Chinese puzzle box. Since she’s studying Chinese in college, she works out that the inscriptions on the box’s side indicate it can grant its owner seven wishes. Some of the wording proves harder to translate as it’s written in ancient Chinese. Unperturbed, Clare starts making wishes and can’t believe her luck when the wishes come true. The part of the inscription that she’s not yet read, however, requires that each wish granted be paid in blood: whenever one of her requests is fulfilled, someone that Clare knows dies in a gruesome fashion. 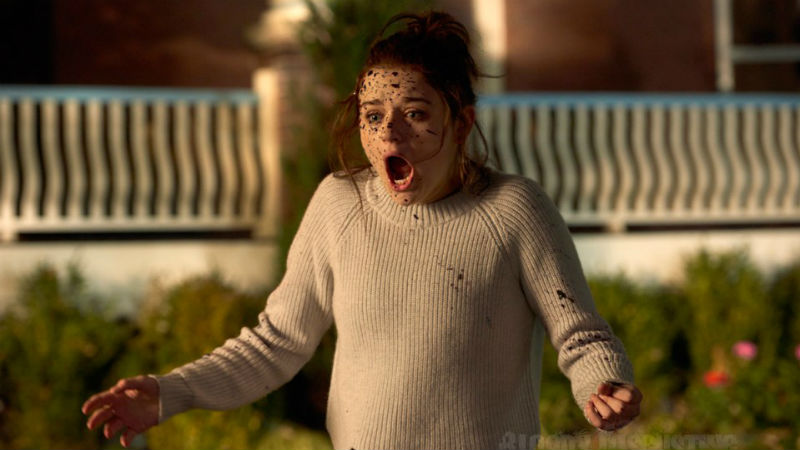 On one level, this is predictably silly horror fare which pushes all the right buttons to satisfy its target audience. However, there’s a lot more to it on the level of morality. All of Clare’s wishes possess a moral dimension. She wishes the school bully Darcie (Josephine Langford) would rot, which is a form of revenge. She wishes to inherit her late uncle’s fortune and that the boy she fancies at school (Mitchell Slaggert) would fall in love with her, both of which are forms of self-gratification. She wishes her dad (Ryan Phillippe) would stop embarrassing her by dumpster diving immediately outside her school and she wants to be the most popular girl at school, both of which relate to being socially successful. It later transpires Clare only gets seven wishes, so the last two become her attempts to combat the box as the screenplay attempts to close its narrative.

Thus the film cleverly explores female teenage mores as its heroine moves from object of bullying to object of admiration and from social outcast with two good and faithful close friends (Shannon Purser and Sydney Park) to popular girl who left those two friends behind as her popularity grew. Joey King plays the heroine as ordinary, banal even, which proves highly effective in terms of the audience’s relating to her character. You’re not sure if you would make the same choices of wish yourself but you can absolutely understand why she chooses the wishes that she does. When her apparent good luck turns out to be bad, you’re completely with her in trying to make everything right again and return her life to the way it was before. 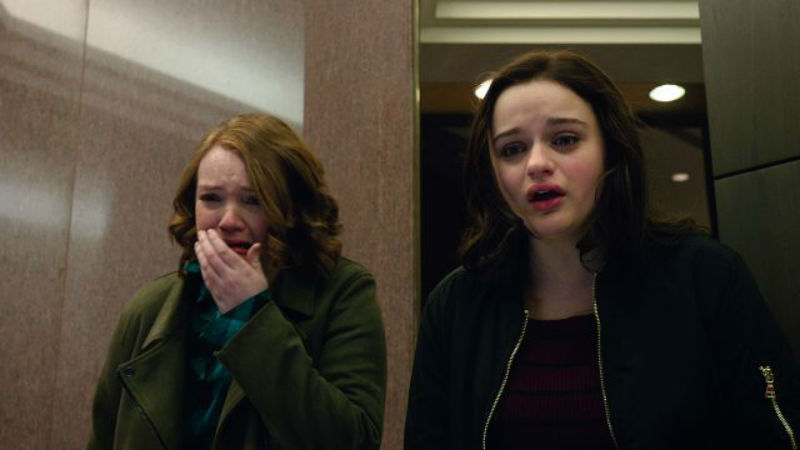 To boot, the script and direction have a lot of fun with the murderous mayhem in the wake of the wishes which include kindly neighbour Sherilyn Fenn losing a battle with a kitchen sink waste disposal unit and relative of a friend Alice Lee accidentally impaling herself on the horns of a Chinese statue in her apartment. The seven wishes limit ensures the proceedings never outstay their welcome as they might so easily have done. It’s no masterpiece but a perfectly efficient and serviceable little horror flick with a provocative moral dimension for anyone who cares to probe beneath its surface.

Wish Upon is out in the UK on Friday, July 28th. Watch the film trailer below: