"Mostly clean movie"
L'amour reigns: French romcom about teenage pregnancy and failed fatherhood is pleasant enough to watch, but it slips way too often into the very predictable and old-fashioned - available on VoD

Ange (Patrick Bruel) is a bachelor that comes straight from the Hollywood tradition: a rich womaniser who likes it no-strings-attached. One day, he finds Gabrielle (Isabelle Carré) in his office, begging him to talk to his estranged son Simon (Thomas Solivérès) – whom he never recognised. Simon has made her teenage daughter Gabrielle (Alice de Lencquesaing) pregnant, and she wants Ange to teach Simon a lesson about being an accountable father (spot the irony!). From this encounter on, all characters are set on a collision course against each other.

The film’s setup isn’t always plausible. For example, it’s hard to believe that Ange would put up with Gabrielle showing up so often without calling the police. And that Simon would begin talking to his estranged father out of the blue after 20 years. The script, penned by Anne Giafferi, who also directed the picture, doesn’t really sell these interactions. The final product is a bit like Brechtian theatre, but not in a good way: we see all the strings being pulled and we can pretty much guess where we’re going. But instead of subverting language and the cinematic apparatus, the movie simply becomes very predictable. 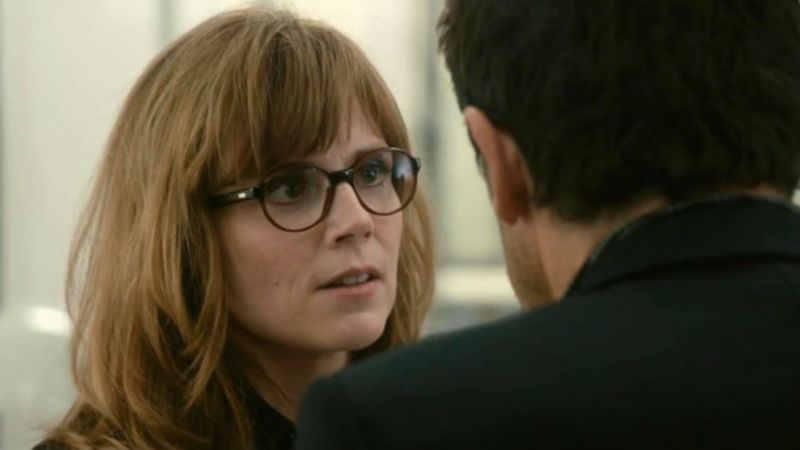 The film is still pleasant to watch, just not very dirty. The acting is very agreeable enough. Bruel is particularly charming as the egotistic Ange. He’s a douchebag, a very real and recognisable one. There are a plenty of Anges in posh dinners and social events everywhere in real life. He starts off as stereotypical and self-centered, but his narrative arc pays off. Carré carries much of her job on charisma and, despite the script’s explanations for her actions being insufficient, she’s utterly believable. Her Gabrielle is someone that’s seeing her life cycle repeat itself on her daughter and wants to stop it, whatever the cost might be.

Solivérès gets the upper hand over everyone else: his Thomas is all over the place, like many young men straight out of adolescence. He’s doing a Masters in economics but still does odd jobs in order to make ends meet. He’s polite, but short-tempered. His rejection of fatherhood does not stem from a yearning for freedom, but instead from something else (no spoilers here!). Curiously, it’s the mother’s character that doesn’t seem to go anywhere, watching passively all the conflicts around her. 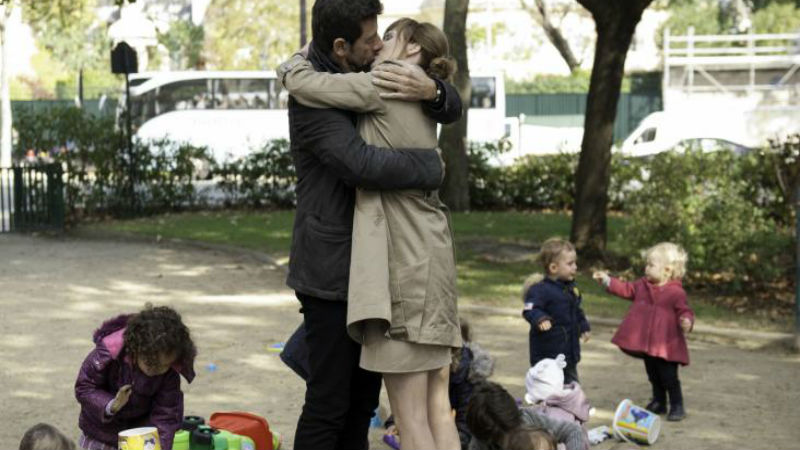 The film does provide some humour within its 90-minute runtime and tries to touch on sensitive family matters. Yet it’s a little too obsessed with family values and dons very traditional views on happiness and domestic life. Its characters are moved by the idea of settling down as the only way towards personal fulfillment. Ultimately, Love at First Child is a romantic comedy done by numbers and, despite a few detours, it sets its characters on a path with few surprises. It does entertain but, unlike children, it just won’t stay with you for very long!

Love at First Child is available on VoD on July 11th.