"Mostly clean movie"
A painful delivery: despite a star-studded cast and top-drawer performances, Martin Provost just fails to produce a convincing movie about birth and ghosts of the past - in cinemas this week

A few months ago at a Q&A event in Manchester’s HOME Cinema, The Levelling’s director Hope Dickson Leach referenced modern urban French cinema as a specific focus of hers when approaching the working middle-class on film. Their cinema is distinct and ignores the clichéd depictions of class that we so regularly witness on this side of the channel, typified in an upcoming Downtown Abbey big screen outing (yet to be filmed). Further, such contemporary French language directors like Mia Hansen-Løve, Eugène Green and the Dardenne Brother solidify Dickson Leach comments of stories and characters who are placed in real and tactile class structures.

Naturally a continuation of the template created by Truffaut, Godard, Demy etc during the French Nouvelle Vague, this specific type of filmmaking is similarly maintained in Martin Provost’s latest endeavour, The Midwife. Despite depicting the realities of modern working class life in France, Provost’s own script lets down the committed performance of two heavyweight actresses, Catherine Deneuve and Catherine Frot.

Frot is the middle-aged midwife Claire who must accept that her birth centre unit will close due to cost-cutting measures in Paris’s suburbs. Opening in blackness with the diegetic sounds of childbirth, Grégoire Hetzel’s camera then revels itself at an inmate angle, capturing the very moment of delivery. Claire’s compassion towards her patients is clear in her softly spoken words during the frantic moments of birth. A veteran of midwifery, she is an example to all in her healthy, non-drinking lifestyle. 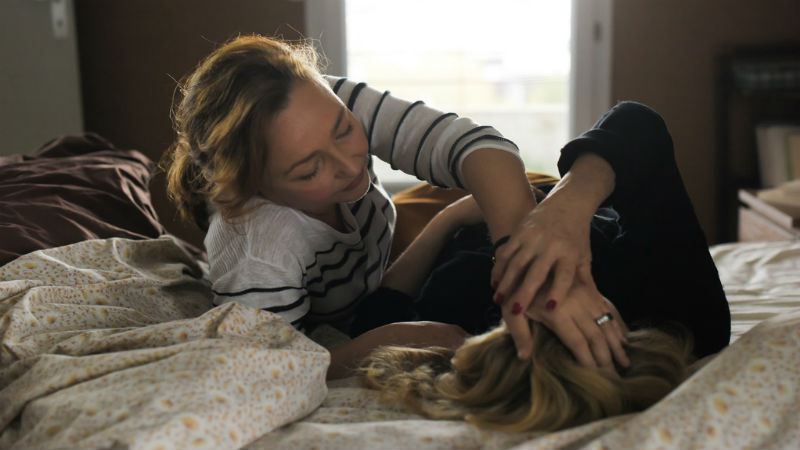 Away from her job, Claire enjoys spending time at her tranquil allotment tending to her plants and vegetables. At her peaceful escape, a neighbouring gardener Paul (Olivier Gourmet) takes a loving interest. Alongside her son, who is at medical school, her insular life does not appear to bother her. One day after returning home from her busy working day, she receives a voice message from an old family friend of Claire’s father, Beatrice (Catherine Deneuve). Glamorous yet decadent, this elderly woman has secrets and old ghosts haunting her soul. Sidestepping any spoilers of the film’s narrative, which Provost’s script is eager to goad, their relationship is not what it appears at face value.

A disparity between the two women is unearthed in their interactions; Beatrice gambles, drinks red wine, smokes and eats red meat like a carnivorous dinosaur. As suggested, Claire lives a tranquil life, eating vegetables, refusing to drink or spraying her plants with chemical pesticides. This point of reference is only mentioned by Provost in a throwaway line of dialogue, a generational gap which could have taken centre-stage. Scenarios such as these feel rushed and are never allowed to flow naturally in line with these characters. They feel like a ploy from the director/ screenwriter to create tension between the two women, still such divisions seldom amount to any of notable importance. 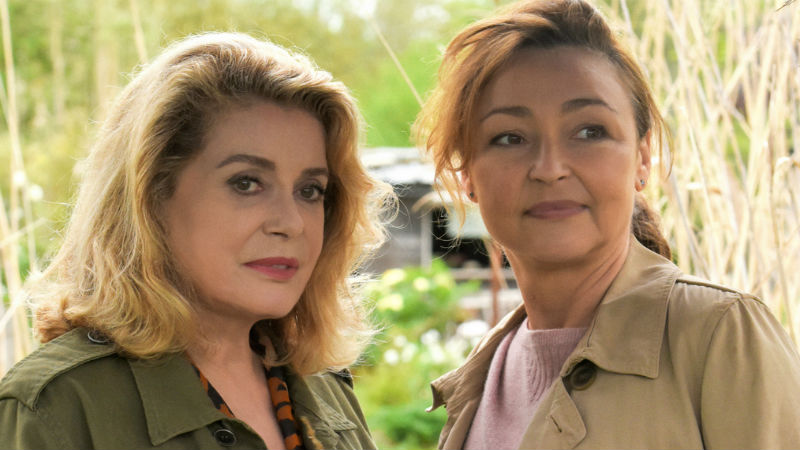 Likewise, the poor screenwriting is reflected in a doppelganger moment between the appearance of Claire’s son and her father, whom Beatrice evidently loved. The ghosts of the past rarely impact the present in any noteworthy fashion. The lacklustre nature of such events leads one to recall better films as 45 Years (Andrew Haigh, 2015) and Things to Come (Mia Hansen-Løve, 2016), which deal with the ghosts of the past and life in greater philosophical and thoughtful style and depth.

With notably cameos from Karidja Touré of Girlhood (Céline Sciamma, 2014) and Pauline Etienne, one cannot help feel that even if such actresses were developed further into the script, Provost’s inability to engage and sustain and audience’s interest would fail Toure and Etienne’s majestic screen qualities. Granted Deneuve and Frot’s performances cannot be questioned in terms of their commitment, however the poor screenwriting deters one from truly engaging in the text. Possibly perfect viewing for those nostalgic midwifes who attend the tea and biscuit screenings….

For a piece of modern film as profound as the attempted plot of The Midwife, I can only suggest Things to Come and the greatness of Queen Isabelle Huppert. Admittedly it passes the famous Bechdel Test with flying colours, still it lacks a insightful impact one would hope for when dealing with life itself. The Midwife is out in cinemas across the UK on Friday, July 7th.