"Filthy genius movie"
Just how dirty does Glastonbury get? And we are not talking about mud! Doc investigates the history of deeply subversive vaudeville that added an entirely different dimension to the Festival - in cinemas Friday, June 1st

It’s that time of the year again, in which a muddy field attracts all sorts of people looking for fun. The Glastonbury Festival started in 1970, on the day after Jimi Hendrix died. The price ticket was just £1.00 back then and it included free milk from the farm. Has Glastonbury now become way too commercial, too middle-class, and has it forsaken its hippy roots and alternative spirit?

No. DMovies found the man who reinvigorated the Festival for ten years (from the mid-1990s to the mid-2000s) and his story is told in the documentary Lost in Vagueness. If you think mud is the dirtiest thing you’ll come across in Glastonbury, think again. Roy Gurvitz’s tale of self-deprecation and self-destruction is filthier than anything you could imagine! 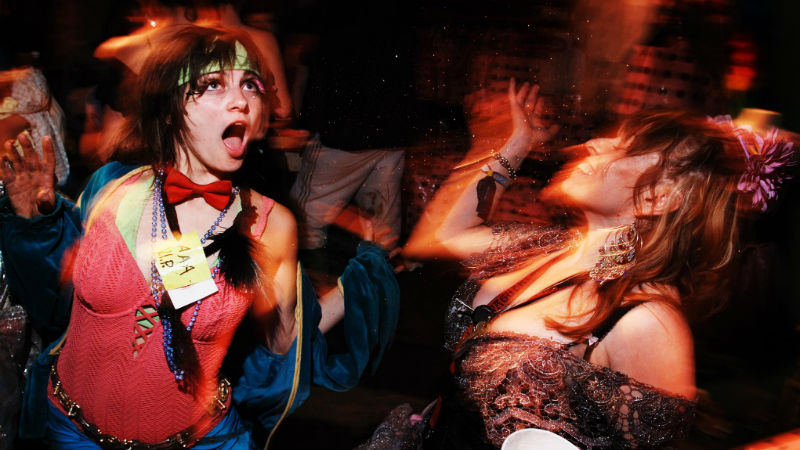 Lost in Vagueness was a festival within the Festival that gave the country a sense of freedom. Gurvitz was the founder of Lost in Vagueness, a vaudeville consisting of a string of subversive acts. The edgy experimental performances included cabaret acts, freak shows, anarchy and misbehaviour. While it’s very unfair to cherry pick one of the acts (they are magnificently dirty on their own), let me just give you a taster of what it was all about. In The Dog Show, a female artist performed a live reincarnation of Iggy Pop’s I Wanna Be Your Dog and the climax of her act was eating dog food (I did promise you a taster, didn’t I?). Her persona reminded me a lot of this filthy and vile bitch from Scotland.

With time, it all became progressively wilder, and a little out of control. As a manager, Gurvitz had 500 people to manage and eventually he lost his grip. Lost in Vagueness, the documentary, follows Gurvitz’s attempts to resist the “dirty business” and to remain loyal to his artistic ideology. Gurvitz is a tough guy. He forbade BBC, the Glastonbury official sponsor, to film Lost in Vagueness. In a conversation with writer Maysa Monção, Gurvitz explained: “I don’t work for Michael Eavis [Glastonbury founder] and I don’t need the BBC crew here.” 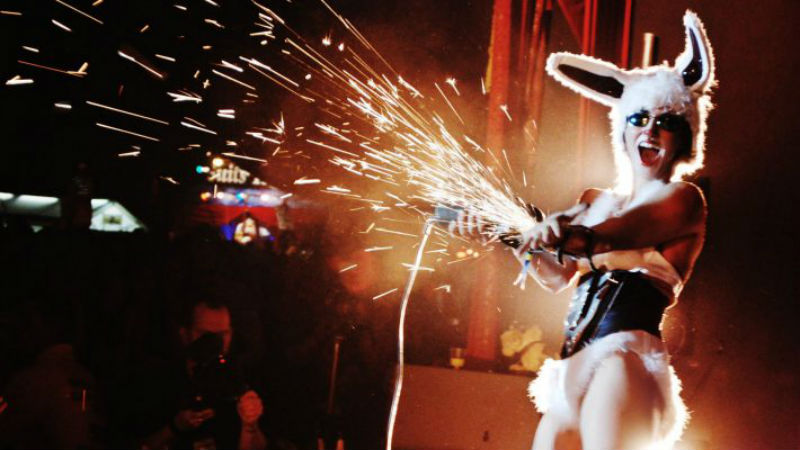 Filmmaker Sofia Olins did a remarkable job, rescuing Gurvitz’s contribution and preventing it from becoming lost in the past. Olins has worked on the doc for well more than a decade. The last Lost in Vagueness took place in the year of 2008. Olins talks to other artists, who wanted to split and perform separately elsewhere, as well as other co-organisers. She also tries to understand why Gurvitz’s had a mental breakdown, revealing his traumas from his childhood.

Gurvitz is like the Phoenix. He sets himself on fire and then spontaneously rises from the ashes, with a renewed sense youth and prepared to go yet through another cycle. His new cycle starts this week. Lost in Vagueness premiered in June 2017 at the Shangri-la Glastonbury Festival, when this piece was originally written. The film is out in cinemas across the UK on Friday, June 1st (2018).