"Mostly clean movie"
Film set on the eve of D-Day portrays Churchill as feeble and fainthearted, but not without celebrating an old-fashioned British identity constructed upon military belligerence - out in cinemas

Just how strong is the “most important Briton of all times”? The unofficial accolade was bestowed upon the Prime Minister that successfully led the country through the biggest and most murderous war of all times. The title seems only fair. This must have been a superhuman, someone with qualities superior to all of us, who never hesitated at decisions, and whose instincts were faultless! Right? Obviously not, such person doesn’t exist.

The historical drama Churchill reveals a fragile and insecure side of the glorious Prime Minister of the UNited Kingdom. Under the façade of the unshakable war hero lay a human being riddled with doubts and with a body already showing strong signs of defeat: his gait wobbly, cane always in hand jaw shaky, cigar almost invariably attached to the hand and whisky within reach. His temperament was very unpredictable, anywhere from sloppy and sycophantic to tyrannical and demeaning. There’s nothing strong and stable about this prime minister. Despite being the head of government, many decisions were met without his approval, such as the go-ahead for D-Day (in fact, the entire film takes place during the days preceding the watershed event for Allies). 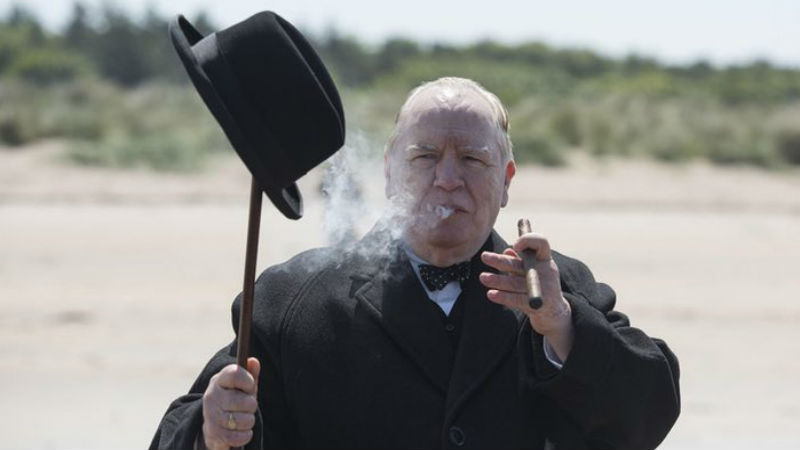 The movie is not dissimilar to The Iron Lady (Phyllida Lloyd, 2011) in the sense that it portrays the fallible side of a British Prime-Minister hitherto considered indomitable and obstinate. The difference is that 2012 film does not have an underlying message of military belligerence, and it didn’t come out at a time of reactionary politics, such as now.

Brian Cox does a tremendous job delivering a man full of hope and ambition and yet infested with fear and delusion. His wife Clementine is played by Miranda Richardson (pictured above). She’s much more balanced, firm and solid than her husband, and also 11 years his junior. She is the epitome the controversial phrase “behind every great man there`s always a great woman”.

The problem is with Churchill that every one already knew this. Every person who’s even seen a image of Winston Churchill at the time would know that he was not quite the picture of health, and it’s a safe assumption that he was supported in his decision-making, and that his temper was volatile – given the enormous pressure to which he was subject. Plus the statement about the strong first lady is hardly a feminist one. Successful women don’t crave to be behind anyone.

In other words, the shortcomings of the Prime Minister, such as the fiery temperament and the alcoholism, seem justifiable by a greater purpose: guiding a winning nation through. And under the veneer of humanist film, lies a narrative of national identify tightly sewn together with military belligerence. This subliminal message is bursting at the seems and ready to pop out at any moment. 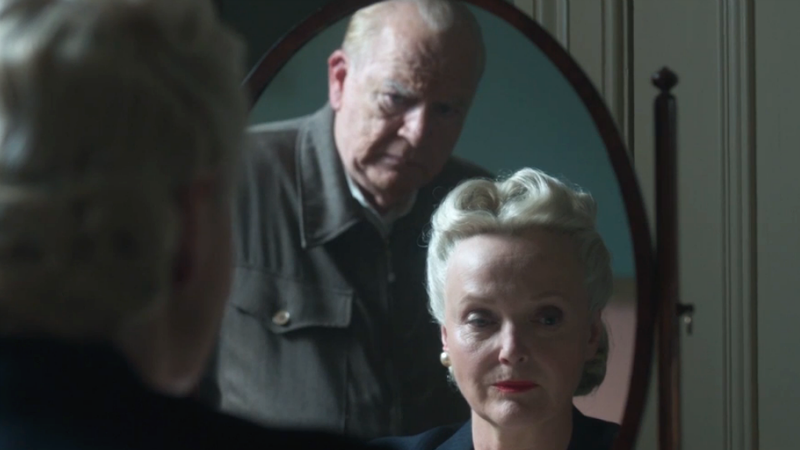 The central moments of the film are the Churchill’s dialogue and particularly the monologues, in which he expresses his desire to lead the country through the War. He has a deep concern: “what will I be when I’m not fighting?” It’s as if the mere existence of the UK was contingent on war, a view that still prevails in some conservative segments of our society. The terminology of superiority is also everywhere in the movie: courage, valour, nobility, foolhardiness and anything else you can think of in order to describe the British unshakable qualities at war.

Churchill’s boundless altruism is also constructed in the film. He has the most profound and genuine concern for the lives of the British soldiers, and he’s even willing to make the wrong decision in order to spare human lives. The film conveniently forgets that Churchill wasn’t such a pure and kind human being, and that his altruism was highly selective. This is the same Winston Churchill that played a leading role in the Partition of India, which claimed approximately one million lives just a few years. The tragic event and Churchill’s role is denounced in Gurinder Chadha’s Viceroy’s House, from earlier this year. The film also revealed that Churchill was profoundly racist, and viewed Indians as inferior, which might explain the lives of British soldiers were more valuable to him.

Churchill’s religious faith (he prays loudly with a glass of whisky in his left hand) and unwavering devotion to his monarch (it’s George VI who dissuades him from joining his forces on D-Day) were also the driving forces in his decision-making, it’s also revealed in Churchill. Hardly the values of modern Britain. I’d like to think that the decisions made by our current Prime Minister are influenced neither by the Bible nor the Queen.

In terms of message, Churchill is not too different from your average BBC period drama, or a film you’d catch on the History Channel. It celebrates British superiority ad infinitum, normally with WWII as the backdrop. This one comes under the disguise of exposing the frail and errant side of a mighty leader, but ultimately the message is quite straight forward: “the greatest Briton of all times may have been a little shaky and moody, but he cared about our soldiers and knew how to win the War. Great lad! Britain rules!” 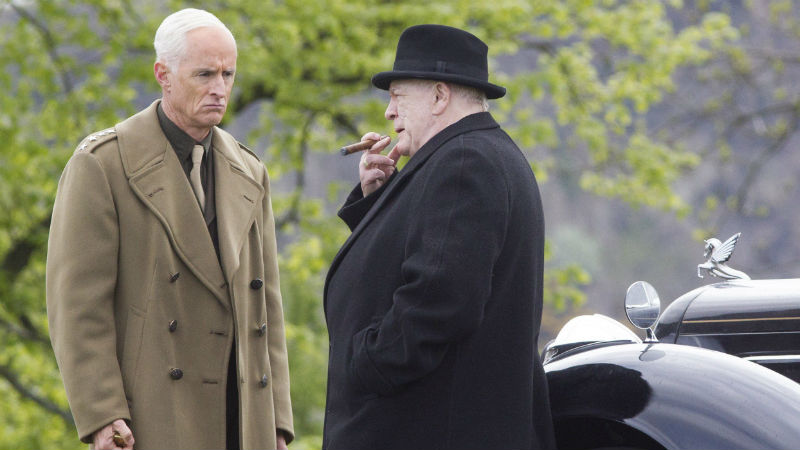 There is absolutely nothing wrong about celebrating British achievements, and there is not doubt that the British played a noble and resilient role in defeating the Germans. Yet we need to acknowledge the other side of British history. Jeremy Corbyn stated that our children should be taught about suffering under British imperialism in school, and I couldn’t agree more. I’m not suggesting we should hate our history and ourselves. What I’m saying is that we shouldn’t continue to bask in our military glory for the rest of our days without making concessions.

Ken Loach recently said about such movies in an interview with DMovies: “It’s a fake patriotism. There’s always exceptions, but by and large the traditional Sunday night television period dramas are nostalgic, like a Christmas card. People walking through snow and not getting damp.” The difference here is that Churchill walks on a beach without getting wet.

While not a badly-made movie, Churchill is not the kind of film that we need to see right now, particularly given the wave of exacerbated nationalism brought in by Brexit. Perhaps a broader film about Churchill would be more interesting, including his controversial racist tendencies and also his internationalist and pro-European views. He’s the man who once claimed that need a “United States of Europe” – I would hazard a guess that he too would be disappointed at Brexit.

Churchill is out in cinemas across the UK from Friday, June 16th. Is you go to see it, you won’t need to wear any special protective wear. There’s no chance you`re going to get dirty.