"Mostly clean movie"
Old-fashioned Spanish country bumpkin hostile to change is tempted with the offer of a lifetime, in a plot extremely familiar to those who've seen the Brazilian classic Aquarius - in cinemas this weekend

In the first few minutes of The Shepherd, we follow a man in his daily routine of waking up in the early hours of countryside Spain. We see feed his dog, have a shower, prepare his coffee, roll and smoke a ciggie, and leave ready for the workday ahead. If only the film provided that kind of awakening…

This languid drama, directed by Spanish director Jonathan Cenzual Burley, tells the story of its titular character, Anselmo (Miguel Martín), a 55-year-old who lives in the middle of nowhere tending sheep and who likes to live a lifestyle that makes most of the most destitute B&B look like the Ritz. He’s full of praise of the simple life and yet, like the late Abbas Kiarostami’s simplicity, we can’t really put a finger on what he means.

We learn about his contempt for television shows and his fondness of old ways of consuming books: in the middle of the Amazon age, he’s more into the good libraries of yore. He doesn’t have friends, except for the sweet Concha (Maribel Iglesias), whom he vaguely seems to care for. Plus there’s his dog. 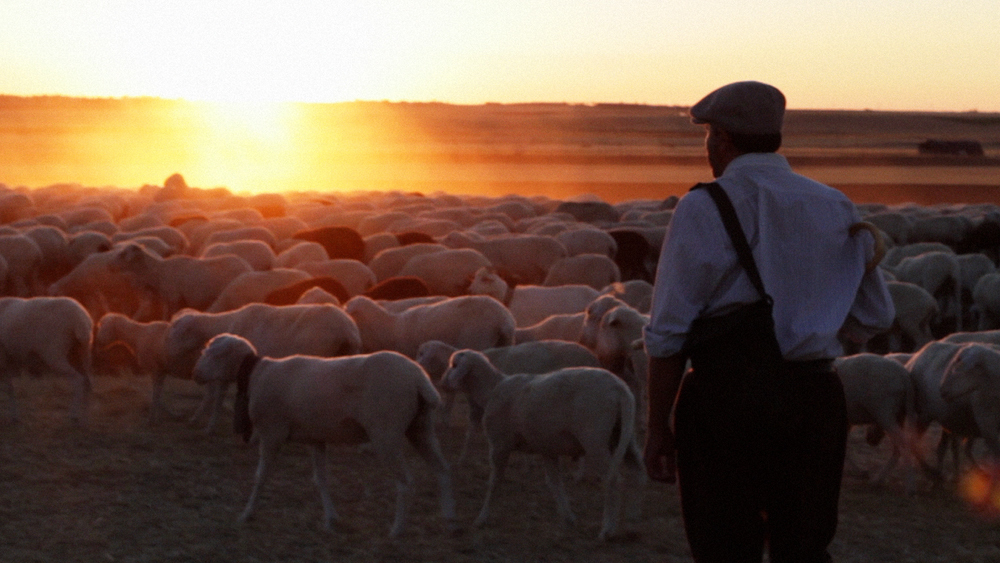 His life changes when two real estate developers appear from nowhere and make “an offer he can’t refuse” – pretty much the same wording as in The Godfather (Francis Ford Coppola, 1972), except that it’s in Spanish. They want his land in exchange for virtually “anything”. Bear with me on this one: they offer a life of luxury to a guy who doesn’t care to buy a TV set. Of course, he refuses. Of course, there are other people with interests in the deal. Hell cometh.

If this sounds a bit familiar, it’s because it probably is. The feature plays like a less stylish version of Aquarius (Kleber Mendonça Filho, 2016), minus the social commentary and profound character development. Unlike the Brazilian film, The Shepherd doesn’t go too deep into the reasons of his resistance. Anselmo just comes across as a plain Luddite hostile to any sort of change.

The similar fate befalls upon his antagonists: Julián (Alfonso Mendiguchia), Paco (Juan Luis Sara) and Manoli (Maite Iglesias) are flat characters, archetypes of despair, wrath and greed. The script even tries to give them narrative arcs in its final third, when it seems to realise it postponed the action for too long, but these attempts feel like afterthoughts and so does the ending – which I won’t spoil here. However, to a degree, it shows Cenzual’s talent that fact that he’s able to carry on the 100-minute film with such a crew of despicable characters.

At least the cinematography makes up for the shortcomings of the story, with a lot of good shots of the Spanish wild and the exquisite sky vistas setting up the scope of the place and the imminence of danger, most of it done during the “golden hour”, resulting in images that resemble Terrence Malick’s Days of Heaven (1978).

The Shepherd is out in cinemas Friday, June 2nd.