"Mostly clean movie"
The latest Jim Sheridan movie is a mysterious and convoluted story trying very hard to grip and surprise viewers, but it lacks emotional depth and suddenly slips into predictable clichés - in cinemas on Friday

Does a satisfying ending have to include peace and happiness? Can a story stun audiences by embracing inner tragedy? These are some of the questions raised by Jim Sheridan’s The Secret Scripture. The Irish director’s career is dotted with major achievements such as My Left Foot (1989), The Field (1990) and In the Name of the Father (1993) and the expectations for this new feature film once again set in Ireland were high.

The Irish Catholic church has become infamous in history books for bigotry and repression, and The Secret Scripture creates an interesting portrait of the controversial institution. It follows the path established by movies such as Frear’s Philomena (2013) and Mullan’s The Magdalene Sisters (2002) – both expose abuse in the Catholic Church of Ireland – and adapts the original novel written by the Irish writer Sebastian Barry.

This is the story of Rose (portrayed by a stunning Rooney Mara and a superb Vanessa Redgrave) and is set in two different periods of the protagonist’s life. The first part depicts her lonely and solitary life in Belfast, where she lives with her sister. The troublesome priest Father Gaunt (Theo James) begins to develop an obsession with her. He is the key figure of the story, representing both the cruel manoeuvres of the clergy and the forbidden sexual desire. After a series of events, she is accused of murdering her own child while being locked in an asylum. The first part is thought-provoking and tense: the first 40 minutes develop a proper plot, but then as we move to the second half everything changes. 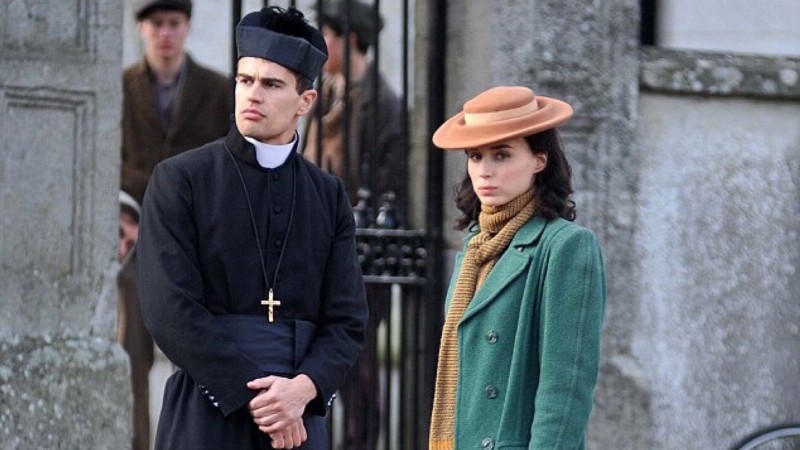 Move forward 25 years. We are still projected inside Rose’s troubled mind and feel her suffering, but the storytelling changes dramatically. The plot is desperately seeking a happy ending as well as an explanation for the events that the viewers have witnessed. All the dark and pleasantly unforeseen turns of the first timeline suddenly come undone. There is no room for ambiguity. After a series of unfortunate events, the universe has decided that Rose should be the protagonist of a series of fortunate coincidences.

This shift of tone doesn’t help the movie, instead making it implausible. Lots of storytellers always want to end on a positive and hopeful note, but sometimes it’s better to deliver a realistic and gripping outcome, instead of a far-fetched one. I not saying this film is not worth a shot, it just lacks audacity.

The Secret Scripture is out in the UK on Thursday, May 19th. You can watch the international film trailer right here: