"Greasy movie"
The latest Alien franchise entry is an effective horror sci-fi, teeming with shocks, scares and twists, but it lacks the mythological depth of 'Prometheus' and the twisted sexual connotations of 'Alien' - now also available on Disney

This is Ridley Scott’s third Alien movie as director. His second Alien (1979) prequel or first Prometheus (2012) sequel – take your pick – is more like the former than the latter. On the one hand, its sci-fi ideas are more coherent and in line with other Alien franchise outings; on the other, unlike Prometheus it doesn’t periodically throw out lots of new ideas mining some of Alien‘s unexplained elements. Yet it does refer back to Prometheus.

In what is perhaps its most epic sequence, two spaceships dance in flight watched by a crowd of bald humanoids last glimpsed at the opening of Prometheus while a deadly virus is released into the atmosphere.

Before that sequence, there’s a whole civilisation of charred or petrified bodies amidst otherworldly, ancient classical architecture which suggests Scott is revisiting the Roman world of Gladiator (2000) or toying in his head with a film about Vesuvius erupting onto Pompeii. Again, take your pick. 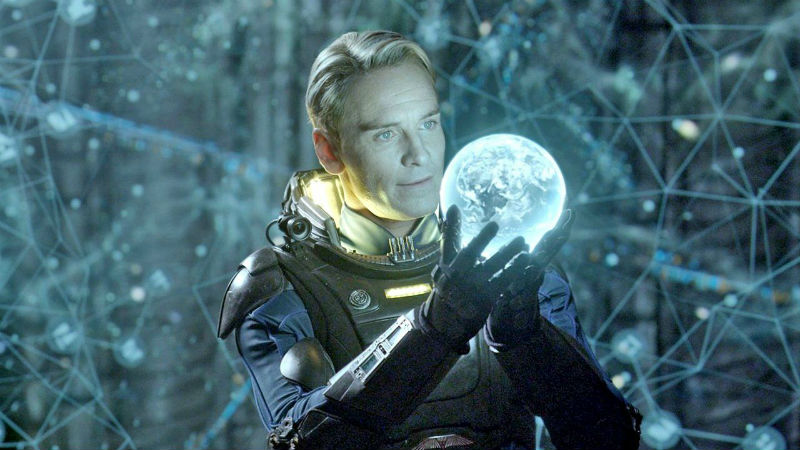 The aliens come in two main forms – a new one which is small, white and possesses a tail poised like that of a scorpion and the familiar xenomorph of earlier franchise entries. The special effects – creatures, spaceships and more – are top notch, which is a definite improvement on Alien where one or two effects scenes never quite worked.

The whole endeavour starts off promisingly enough in a scene where the android David (from Prometheus and again played by Michael Fassbender) talks with his corporate human creator in a futuristic looking balcony room. This is paid off later when David crops up having piloted a spaceship to the planet to which the spaceship Covenant and its crew – which includes the latest generation android Walter (Fassbender again) – are attracted by a mysterious distress call.

You can probably see where this latter plot strand is going and that is at once the strength of the film and its weakness: it’s a rehash of Alien. So on one level it will deliver what everyone wants and do well at the box office but on another the further into the proceedings you get, the more it feels like it’s playing it safe. That said, it occasionally throws the unexpected into the mix – the two androids kissing one another, for example. 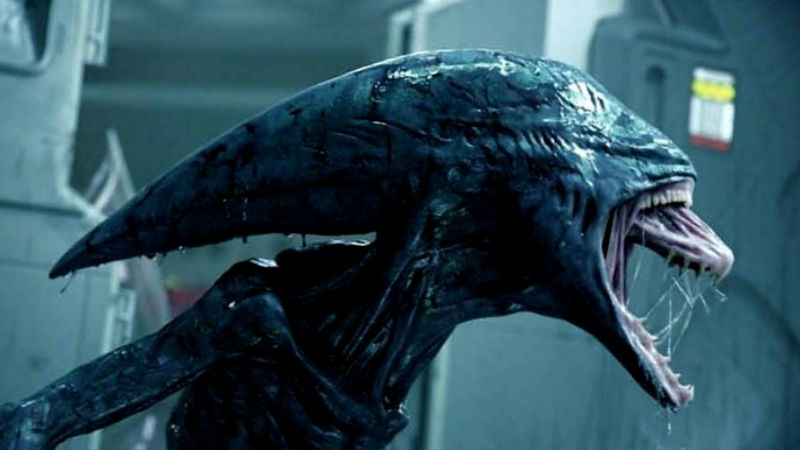 As in the original, there’s much more metaphorical (plus towards the end actual representation of) sex. The human crew are all couples. Some of the metaphorical material is pilfered wholesale from Alien – dark passageways looking like overhead backbone and rib cages, people running breathlessly through claustrophobic spaceship corridors moving in and exhibiting facial expressions suggestive of sexual ecstasy. And the final reel posits a couple indulging in foreplay in a shower before they’re attacked and penetrated by a third party in the form of a malevolent xenomorph.

However, for all its faults Prometheus took a lot more risks, even down to its title not including the word ‘Alien’. It could so easily have been called Alien: Prometheus. If you take Alien: Covenant as a none-too-deep sci-fi horror flick, it works fine with shocks, scares and twists in all the right places but if you’re expecting another Prometheus expanding the franchise’s mythology or another Alien expanding its sexual symbolism in numerous weird and wonderful directions you’ll be largely disappointed. Masterwork or wasted opportunity? Again, take your pick.

Alien: Covenant was out in UK cinemas in May, when this piece was originally written. It’s out on iTunes on September 4th. On Disney + UK on Friday, March 18th. Also available on other platforms.