"Dirty gem"
Ben Wheatley's latest feature Free Fire is a bizarre and yet effective hybrid of opera and thriller, and it is guaranteed to keep your adrenaline pumping throughout - now on DVD, Blu-ray and EST

The first thing you should know if you are planning to watch Free Fire this weekend: “from executive producer Martin Scorsese”. Scorsese produces his own films, but apart from them, he doesn’t sign many other productions. Usually they are related to music, such as the HBO TV series ‘Vinyl’ (Allen Coulter, Carl Franklin et alli, 2016), about the Rolling Stones, or they deal with the cinema industry, such as the doc Life Itself (Steve James, 2014), about the Chicago-based film critic Roger Ebert. In fact, Free Fire is a jolly hybrid of opera and thriller. It is a very strange composition. No wonder Marty was curious about the British director Ben Wheatley, a fan of gangster movies based in Brighton. 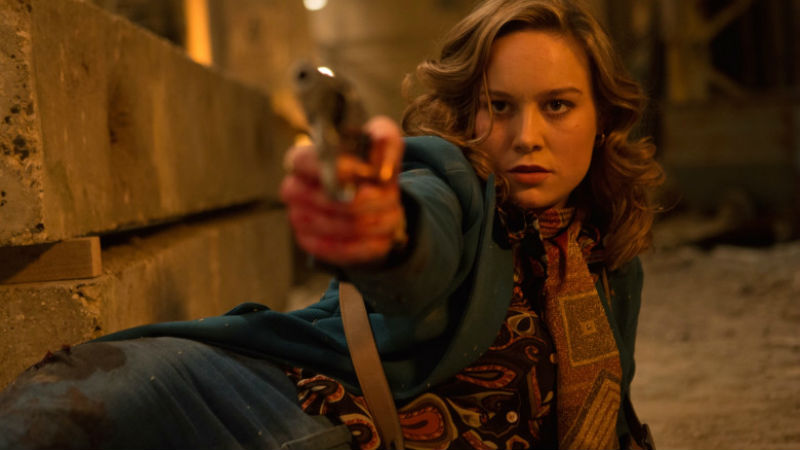 Free Fire is an opera buffa. It is a love letter to the ’70s. Wheatley told DMovies on the occasion of its premiere at the 60th BFI London Film Festival: “Free Fire is a kind of an action movie and it is pretty funny too. I am going back to the cinema I really like” – click here for our exclusive interview with the filmmaker. As an exaggerated comedic feature, it plays with the sense of likelihood. All characters are stuck inside an old factory in Massachusetts. Usually, in a mafia film, there are three kinds of ending: the criminals go to jail, they are set free, or they die. There is always the runaway sequence in which your adrenaline levels rise. What makes Free Fire different from other gangster movies is that the characters never leave a confined space, a warehouse. And they never die.

More than a reincarnation of a Robocop in the skin of a gangster, Cillian Murphy, Michael Smiley, Armie Hammer and Sharlto Copley are silly men resisting death. They are as shambolic and clumsy as Coyote, the Looney Tunes creation that pursues the Road Runner (“Bib bib!!!”). And they all crawl for a woman, Justine (Brie Larson). She has brokered a meeting between two Irishmen and a gang led by two other men in a deserted warehouse. But then shots are fired during the gun handover and everything turns into a big mess.

The film tempo is quite slow. It works as an adagio in an opera. Because characters are hurt and never die, it prolongs the drama that each gangster experiences. Vernon’s (Copley) drama is that his new suit is now full of dust and has a hole. 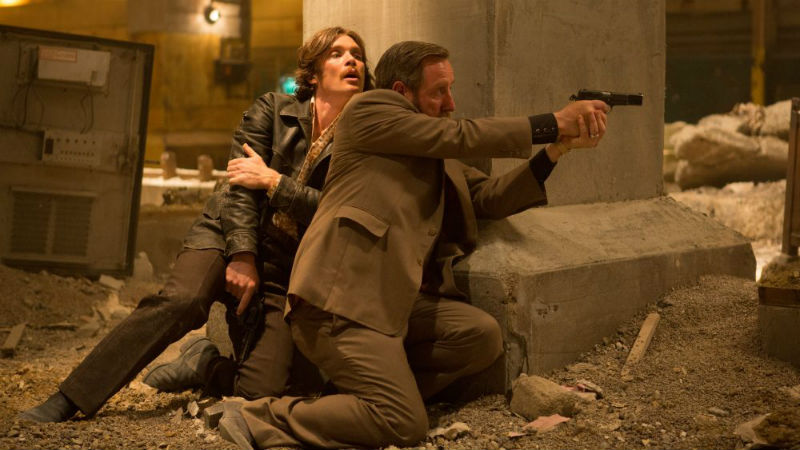 As any opera, Free Fire also relies on a spectacular stage setting. Production designer Paki Smith, best known for his work on Batman Begins (Christopher Nolan, 2005), got his inspiration to build a warehouse from The Friends of Eddie Coyleas (Peter Yates, 1973) and The Killing (Stanley Kubrick, 1956). The set comes to life as a space composed by three floors of dirt, debris and detritus. It is the perfect stage for gangsters who forget which side they are on. In dust, there is truth.

It is true that Free Fire isn’t a movie with a complex philosophy behind it. It doesn’t profess to be edifying and didactic film about the IRA and how assassinations at that time were treated as “crimes only” and not “terrorist attacks”. Nonetheless, the story is a heart-stopping game of survival. The real show is wild. There is nothing more to add to the adjective. The film reveals that anarchy is in the blood of Britons. Anarchy never dies.

Free Fire was out in March, when this piece was originally written. It is being made available on DVD, Blu-ray and EST in August.

Officer Jekyll and Mr Hyde - psychological thriller weaves a complex web of characters and a police procedural which folds back in on itself. Welcome to the strange, confusing and compelling world of The Ghoul - now on BFI Player [Read More...]

One thought on “Free Fire”