"Greasy movie"
Overcoming endemic corruption is a mammoth task for Romanians; the consequences for individuals striving to make a living are extremely toxic - in new film by the director of 4 Months, 3 Weeks and 2 Days

The renowned Brazilian composer Caetano Veloso famously compared Brazil and Haiti in one of his songs. The song says “Haiti is here. Haiti is not here”, and then it describes an educational plan for the country that could miraculously extinguish corruption. This week internationally acclaimed director Cristian Mungiu (4 Months, 3 Weeks and 2 Days, 2007) returns with a universal study of corruption in Romania, also proposing a solution to the problem. It is as if he reinvented Veloso in a film: “Romania is here”.

Graduation reveals a father-daughter relationship in the moment when Eliza (Maria-Victoria Dragus) is about to graduate and to leave Romania in order to study in the UK. She still needs to do her finals and achieve a very high average so that she can get the scholarship and study abroad. The problem is that one day before her exams, she is raped on her way to school. Her father Romeo (Adrian Titieni), a physician living in a small town in Transylvania, will do everything he can in order to support his daughter overcome the trauma and succeed in her exams.

Mungiu believes that the only way to change society is through education. “But we are passing the wrong values to our children.” So how can society change? For him, “Romania needs a collective solution”. His character Romeo is trying to help his daughter to make the right choices than he couldn’t make. Romeo’s position is that “the UK is a more civilised society”. He doubts his daughter will suffer the same violence in Britain. Romeo’s mother, on the other hand, thinks her granddaughter should stay. There is only hope for a change if young people stay in Romania. 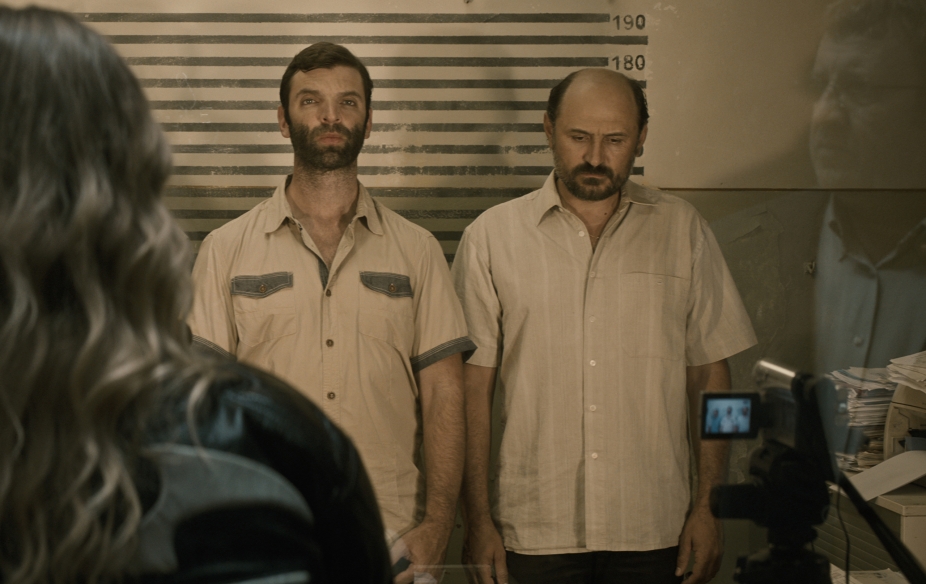 The dialogue about living or leaving is developed throughout the 128 minutes of the film. In order to build a close and psychological portrait of each character, the filmmaker opts mostly for close and medium shots. There are very few wide shots, except in the end, when the film reveals the borders of Romania. The idea behind the story is that there is probably no exit.

The landscape is also very meaningful. The building where the family lives is in a suburban communal palace – a kind of Peckham Rye Council flat and widespread neighbourhood. The train line invades the property loft; there is not even a fence dividing the train tracks and the back of the palace. Romeo is following a person who threw a stone into his window and he stops suddenly 2 meters from the train tracks. He is nearly run over.

In a sense, the Graduation is a microcosm of Romanian society, where abuse, invasion and corruption know no bounds. The fact that Romeo almost never answers his mobile is another aspect of “invasion”. Presumably as a doctor, Romeo must get many calls in from patients. He doesn’t turn off the mobile. It is always vibrating. There is no exit and he cannot stop.

All actors are formidable, and Mungiu is a fine and confident director who deserved the Best Director Ex-Aequo award last year in Cannes. The prize was shared with Olivier Assayas, whose interview you can read here.

Cristian Mungiu will oversee the student and short film juries at this year’s Cannes Film Festival. The Cinéfondation selects between 15 and 20 student films each year for its competition. You can read more about Cinéfondation in Cannes here. Rest assured that Mungiu will be an inspiring tutor!

Graduation was out in cinemas in March, and it has now been made available on DVD and Blu-ra.