This is Jesus like you’ve never seen before: he’s in an amateur k-pop band, he’s arrogant, he’s insecure, he’s violent, he’s bisexual and he has a very stormy relationship with his father. And unlike the Christian Messiah, he does not save and redeem people. Quite the opposite: he murders instead. Our protagonist here is the antithesis of the citizen any society would cherish and value.

Jesús (Nicolás Durán) is an 18-year-old “lazy bone” (as described by his friends) who leads an empty and hedonistic existence in Santiago of Chile: he dances, he takes drugs, he watches trashy television and he has sex in public places. He lives with his father, with whom he barely communicates except when he chastises his son for his behaviour and lifestyle. One day Jésus and three friends (one of which happens to be his occasional sex partner) brutally torture and kill a young gay man called Gonzalo in a park, in a morbid display of homophobia and feigned masculinity. The four men take enormous pleasure in their misdeed; it’s as if they discharged their sexuality through violence.

In reality, Fernando Guzzoni intended his film to centre around the father and son relationship, as a metaphor of his country’s turbulent political landscape. While he was writing his film script in 2012, the homophobic murder of Daniel Zamudio by four males – including a bisexual man and a Michael Jackson impersonator – shook his country, and so he decided to incorporate a murder under very similar circumstances in his movie. He replaced Daniel with Gonzalo, and the Michael Jackson impersonator with a k-pop dancer. And he retained the fact that at least one of the perpetrators of the homophobic crime had homosexual tendencies. 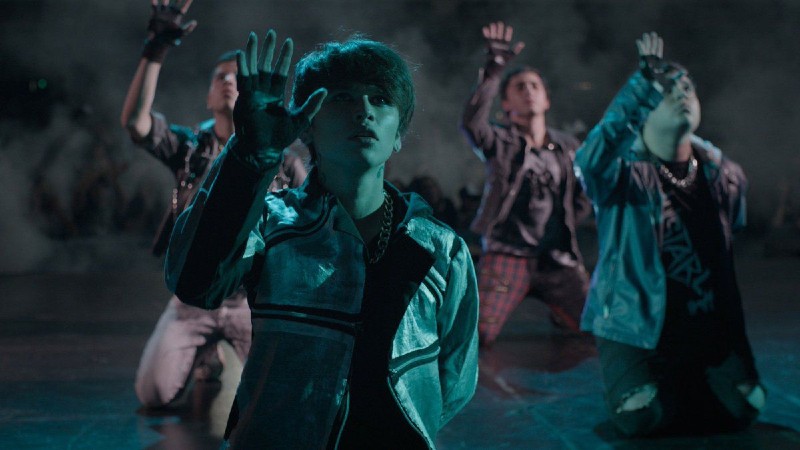 One of the most memorable and symbolic moments of the film is when Jésus cuts his hand with a knife, then proceeds to clean it and bathe in a local creek. Is it just his hands that are dirty, or is his whole body muddied with self-hatred? Can he wash his crime away? Can he cleanse himself of his homosexual tendencies?

The director did stumble across one problem when changing his movie script to include the homophobic crime. The infamous murder diluted the father-son relationship, which was originally intended to be the main story. The metaphor with the political landscape is pretty much absent, and the film instead became a social statement. Perhaps this was intentional.

Jesús is not easy and light watching. The violence is graphic and prolonged, serving as a painful reminder that homophobia is, quite literally, alive and kicking. This is not the only Chilean film to deal with the sadistic murder of Daniel ZamudioÇ last year the rock star Álex Anwandter directed You’ll Never Be Alone – click here for our review of the film. It’s remarkable that Chile is using cinema in order to atone for its homophobic transgressions.

The recent transphobic murder of transsexual woman Dandara in Brazil (which was filmed and published online) has caused indignation both in the Latin American country and the world. Let’s hope that the largest country in Latin America reacts to this barbarous crime in the same way as Chile: using cincme as a tool to remember and to denounce such gratuitous violence and the lives cut short.

Jesus is showing right now at the BFI Flare London LGBT Film festival, when this piece was originally written.