When it comes to religion, most of us have very strong convictions which are very difficult to challenge. Mimosas (Oliver Laxe, 2016) dares to question faith in a time when intolerance against religious people from the Middle East and North Africa is at its peak. Its main characters are crossing a desert and the only way they can do it is by having faith in God, or Allah.

The feature is a Spanish/Moroccan co-production and it won the Grand Prize at Cannes’ Semaine de la Critique last year. Although it is set in the desert, there’s a sense of familiarity running through the film, partly due to Ben Rivers’ film-within-a-film The Sky Trembles and the Earth Is Afraid (2015). The first half of Ben Rivers’ feature observes the production of Mimosas; the second half adapts the Paul Bowles’ short story ‘A Distant Episode’. If you are unfamiliar to Rivers’ and Bowles’ work, bear in mind that the narrative is a stunning spiritual journey. More than a simple parable, it talks about faith when you are being persecuted. 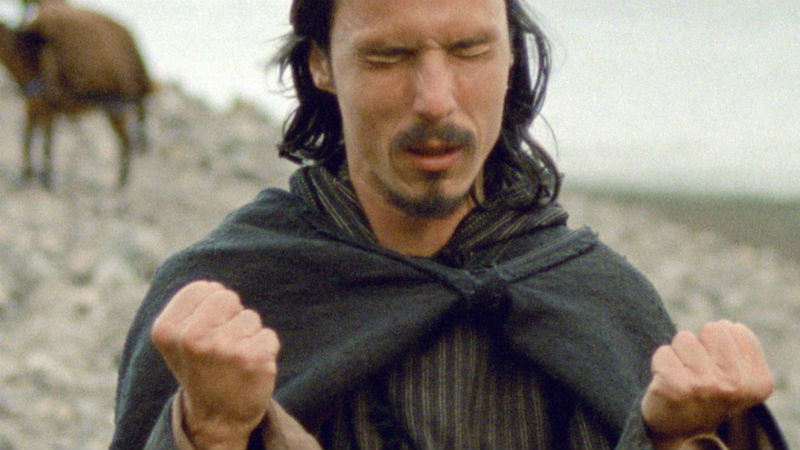 Mimosas opens with a woman adjusting her turban in an open desert landscape. Then, it follows a workman recruiting taxi drivers to work. Some of them are never hired, which is the case with Shakid. Instead, he is hired to replace a moribund sheikh: he has to guide a caravan of people on foot and camel into a remote medieval city. There are thieves in the group, so the film also questions honesty and trust. Who would you trust if you have to cross the desert? Would you trust the sheikh’s words or would you trust your instincts? Would you trust a stranger to guide you?

The cinematography is magnificent. The ambiguity of the desert – with very hot days and very cold nights – says it all. Desolation, though, is not a question of location. It is a human condition instead. And that is Laxe’s message to us.

When the sheikh finally dies, his wife’s wishes to bury him in Sigilmesa, an ancient city once located close to what’s now the Spanish city of Ceuta. Apparently the film blends different periods: it shows contemporary taxis and mentions a city that doesn’t exist anymore. Shakid accepts this challenge, though he doesn’t know the way to the city. For the thieves and other caravan men, the sheikh’s final burial ground does not make any difference. But soon Shakid starts to illuminate their preconceived ideas. Faith is not a matter of choice. It is a survival tool. It is an ethical compromise. 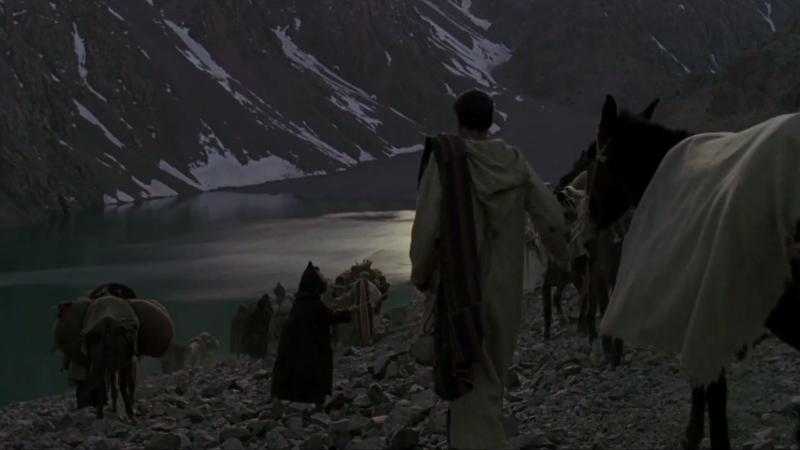 Cinema here is not only universal; it is also an aesthetic experience. The use of music, for instance, is efficient. There is hardly any soundtrack at all for one reason: when the characters are feeling desolated, no music can comfort or inspire them. When a sound eventually becomes distinguishable, it comes in at the right time, and it gives the scene a transcendental aura.

Mimosas also speaks to women. There is a mute girl accompanied by her father in the caravan, when the journey suddenly takes an unexpected turn. The role of the woman who cannot speak assumes a powerful symbolism in the narrative. Women are the reason why men change and fight.

The feature showed at the Glasgow Film Festival, when this piece was originally written. It is out in cinemas across the UK on Friday, August 25th,

MOOO-ving tale of a man and his bovine: Algerian peasant takes his much-adored animal to an agricultural competition in Paris, and the culture clash becomes immediately evident - now on all major VoD platforms [Read More...]