Subtle sounds, static shots and smooth camera moves, this is what you will experience during the 80 minutes of this delightfully well-crafted and enjoyable movie. There are plenty of meditative sounds, humming and strangely quiet highways providing this your journey an etherial and borderline surreal touch. Think Šarūnas Bartas meets early Werner Herzog and you are partway there. 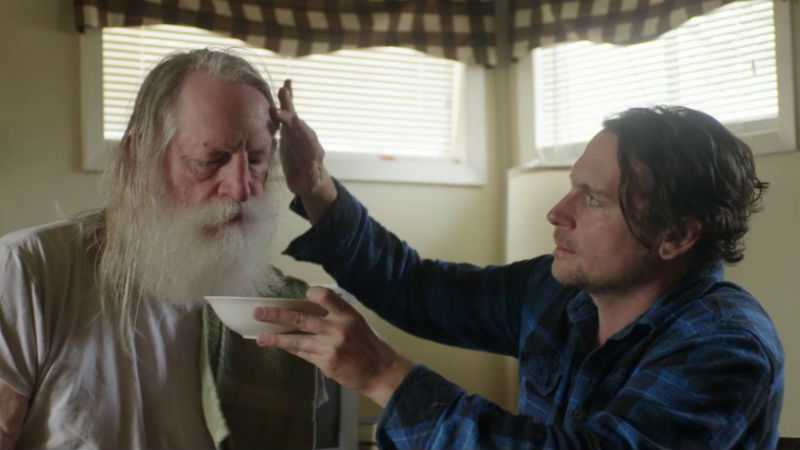 Alex (Jonny Mars, who’s also the film producer) is the centrepiece of this psychological thriller. He’s a “mentally unstable drifter” who turns to an online personality for emotional advice and support. He also makes videos, and routinely has sexual encounters with closeted gay men he meets online. One day he returns to rural Texas in order to reconcile with his mother, but her alcohol addiction coupled with a dangerous man from the past prevent his plans from succeeding.

The coldness and absurdity of the “psychosexuals encounters” is such that the film is deliciously beguiling. Mathews deftly blends reality, allegory, imagination and internet images, and so it isn’t always possible to determine exactly what’s happening. This is a subtle reminder that over reliance on the internet can lead to confusion, particularly if you are psychologically vulnerable. The multitude of media that we have nowadays – conspicuous computers, phone and our brains – are all vulnerable to noise and distortions. 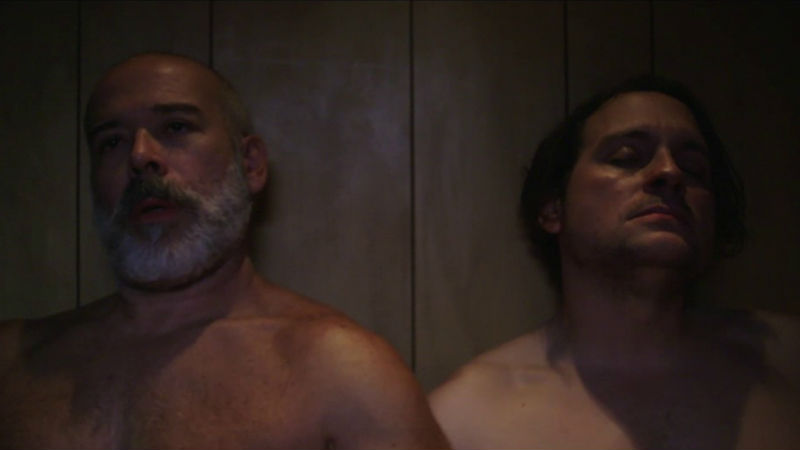 This interesting movie pays great attention to every frame, and a soundtrack of country music, rap and other rhythms neatly punctuates this unusual trip into a very twisted mind. It’s a very artistic piece; it’s surprising it made it to the Panorama Section of the Berlinale, more used to mainstream movies. The aesthetics of the film would be a better fit for the Forum selection, which picks more audacious pieces. In other words, you will probably enjoy watching this film, but it will neither grip you by the neck or throw you against the wall!

The biggest problem with Discreet is that the plot gets a little diluted in the sensory experience and at times it’s difficult to follow. As much as I enjoyed the movie, I must confess that I had to read the film synopsis before writing this review.

Discreet showed at the 67th Berlin International Film Festival (in 2017), when this piece was originally written. It’s available for digital streaming on all major VoD platforms in August 2018