London can be a lonely and threatening place, where communication with strangers is scarce. Most people hardly meet their neighbours, particularly if you live in a soulless and gloomy high-rise. That is, except when you bump into them in the corridor, on the elevator or see them through their window across. Yet no one interferes with each other’s lives in the name of privacy and anonymity, but at the expense of solidarity.

The indie thriller Panic was filmed in just three weeks in the East End, and it deals with a number of very pertinent issues, such as illegal immigration, labour exploitation of and underground crime. The novice helmer Sean Spencer explains what the film is about: “London’s intricate and often brutal ghost economy, and the ever-growing feeling of social alienation in our urban environments.” 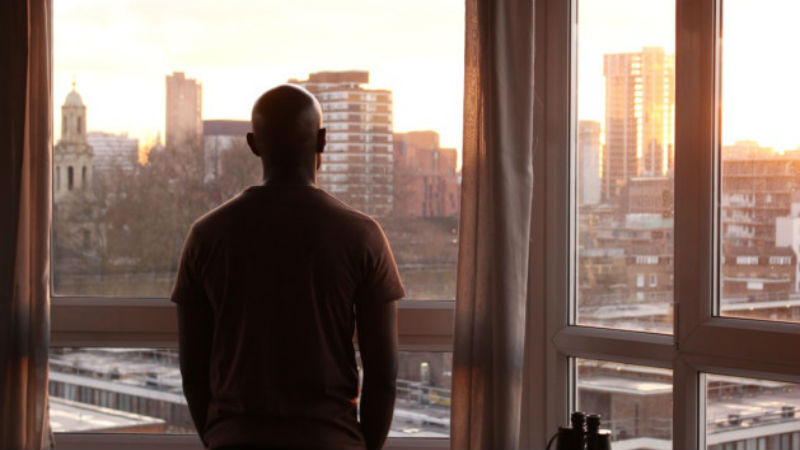 Panic tells the story of music journalist Andrew (David Gyasi, pictured above), a recluse healing from a vicious street attack. He constantly watches his neighbours from his window, often with binoculars, in good James Stewart style, from the Hitchcock classic Rear Window (1954). One day he decides to meet a woman online and invites her for a very awkward encounter in his flat, where she accidentally witnesses through the window a very violent episode involving a Chinese woman. Andrew then sets off on a mission to save his neighbour from the hands of very dangerous criminals.

The Hitchcockian tale then suddenly turns into a frenetic, action-packed and testosterone-fuelled thriller, where a black man confronts the criminal underworld of gangsters and illegal immigrants in order to save a hapless woman. The movie then becomes remarkably similar to Stephen Frears’ Dirty Pretty Things (2002), except that the illegal being here is the female and not the male (click on the title film in order to accede to our review). Here it is the old-fashioned nobly selfless macho hero the rescues the weak and vulnerable female, who is unable to fend for herself. 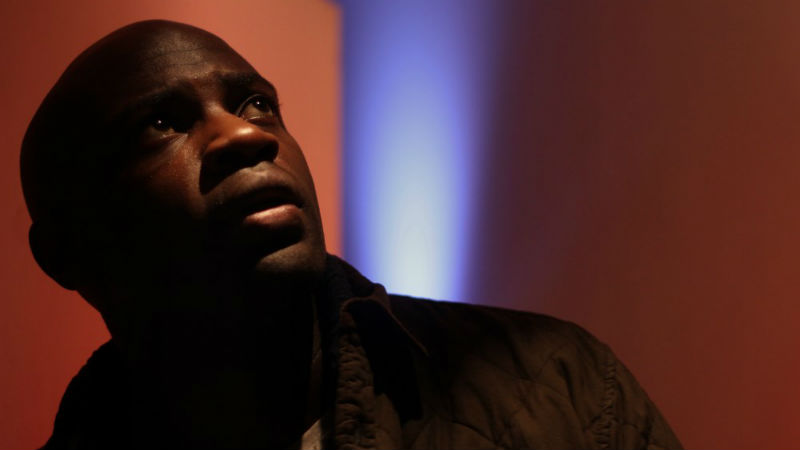 Panic is good Friday entertainment, particularly if you live in East London and can relate to the murky and oppresive vibe of the movie. The performances are strong enough to sustain the narrative, even if they sometimes lack of the emotional depth required for some of topics addressed. They are supported by a music score composed exclusively for the movie, which sounds a little like creepy “Also sprach Zarathustra” (the theme from Stanley Kubrik’s 1968 classic 2001: A Space Odyssey) – maybe the strongest element of the movie.

Panic showed in cinemas in November 2016, when this piece was originally written. It is available on iTunes, Google Play and most VoD platforms on August 29th, 2017.

Is it dirty being illegal? As the EU referendum approaches, DMovies remembers Stephen Frears' dirty classic and reflects upon immigration, illegal beings and stigmatisation [Read More...]