"Dirty gem"
The Brazilian weapon of resistance: played by the legendary Sônia Braga, Clara is a woman who uses nostalgia as a shield against her fast-changing and deeply corrupt society, as well as an instrument for both physical and emotional survival - now on Netflix!

The largest country in Latin America is a mosaic of cultures and races, but also of conflicts and paradoxes. Kleber Mendonça Filho’s latest film has come to epitomise those in the shape of the Clara, an obstinate and tenacious woman probably in her 60s, mother to three children and several grandchildren. She lives in a building named Aquarius, in the Brazilian city of Recife.

A construction company has acquired all the other flats in Aquarius, and plan to demolish the building in order to give room to a new development, aptly named Novo Aquarius (New Aquarius). The problem is that Clara refuses to nudge, despite being offered a very high sum of money and being pressurised by nearly all people surrounding her, including her family and her former neighbours. Her headstrongness seems irrational and unfounded, as it’s not safe for a woman of her age to live in an empty building on her won, particularly in a country as violent as Brazil. Her stubborn behaviour is a consequence of the often callous and unforgiving society in which she lives, as well as the awareness of her own mortality due to a very grave disease. On the surface Brazil often seems friendly and cordial, but the reality is that people can also be brutal and ruthless.

Gradually you begin to understand why Clara is so reluctant. A physical scar is revealed in the beginning of the movie, but the emotional scars are far more numerous more prominent. Despite living a reasonably wealthy life, surrounded by a loving and caring family, Clara consistently resists change and fears the inescapable cycles of life. Life here isn’t exclusive to humans. She clings to her old vinyls, old books and her old flat with the vigour of a drowning man holding a buoy. She watches in horror as a gravedigger removes the bones from a grave likely to give space to a new burial. Clara is petrified by the fact that everything comes to an end. 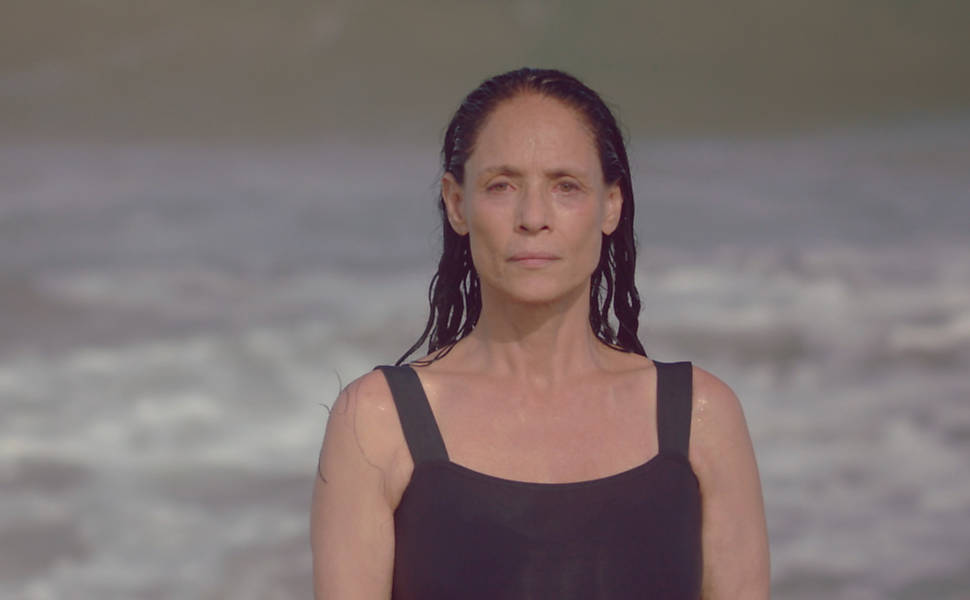 The 145-minute film will take you on a ride of Brazilian sleaze (known as “jeitinho brasileiro”, or “the little Brazilian way”), sexuality, family values, classism, racism and other types of prejudice, and you are unlikely to get bored. This is Kleber Mendonça’s second film, and perhaps its only flaw is that it lacks the dark subtlety of Neighbouring Sounds (his first film, made in 2011 – click here for our review of the film). That is the problem when a director sets the bar so high already in their first endeavour.

Aquarius premiered in Cannes earlier this year, where the actors held signs after the screening denouncing the recent coup d’état in Brazil. The illegitimate Brazilian government retaliated by giving the film an adult certificate and also by not submitting it to the Oscars. Several Brazilian filmmakers – including Gabriel Mascaro, Eliane Caffé and Aly Muritiba – demonstrated solidarity with Mendonça Filho by withdrawing their films from the competition. Aquarius – already a symbol of physical and emotional resilience – has since also become a symbol of political resistance.

The movie was showed as part of the BFI London Film Festival, when this piece was originally published. It was out in cinemas in March, and made available on Netflix in June.