"Greasy movie"
Picking up fragments of history: blind Lebanese orphan seeks his real identity in this complex and multilayered drama, but sadly the truth is as shattered as the ruins from the Civil War - in cinemas

Lebanon is a country still healing from the wounds of a Civil War that lasted 15 and a half years, ending in 1990. In Tramontane, Rabih is a child of this war (Barakat Jabbour): he was born shortly in the late 1980s, shortly before the end of the conflict that devastated an once modern and developed nation. He is blind and lives with his adoptive mother Samar (Julia Kassar), who has kept his real origins concealed from the young adult. Rabih is a singer in a choir, excited about his first concert abroad, as part of a tour in Europe.

The problem is that in order to get to Europe, Rabih needs to get a passport. At the passport office, he is told his ID card is fake, and that he needs to get a birth certificate from the hospital where he was born. The truth about his origins must now inevitably surface. Samar finally breaks the news to her son, who has lived all of his life blithely unaware that he was adopted. 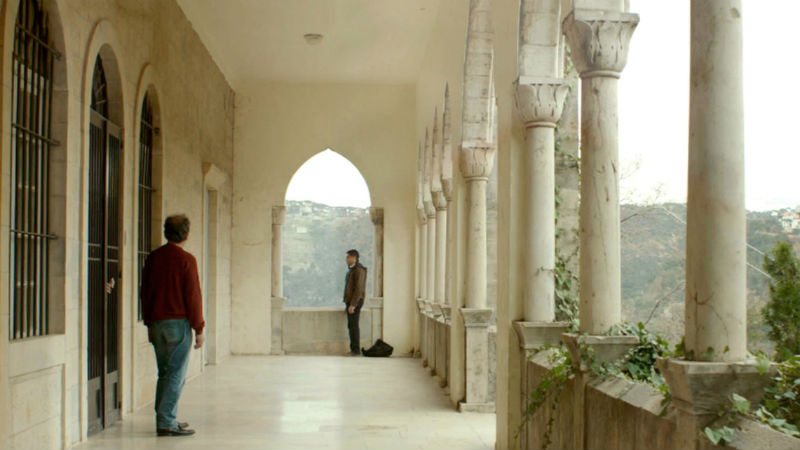 His real roots, however, remain a mystery. The mother does not seem to know where the baby came from, and so she asks her brother Hisham (Toufic Barakat) for help. Rabih then embarks on a journey for the truth, which takes him to many parts of the country in search of a relative or at least some register of where he came from. He talks to old friends of his uncle, locals from remote villages and even to his alleged biological grandfather, but the pieces of the puzzle just don’t seem to fit together. There is plenty of conflicting information, hearsay and romantic tales. Are these people trying to protect Rabih from an awful truth, are they protecting someone else or are they plain lunatics? The answer to these questions may not be as clearcut as Rabih hoped for.

Tramontana has a very clever script full of imaginative twists, which will keep you hooked until the end of the movie. Rabih’s origins are as blurry and deceitful as the country’s recent history, teeming with absurd stories, denial and silence. Lebanon was blinded by the War and it’s still peeling the scabs and seeking answers about its own identity, and it’s unclear how long this process might still last. 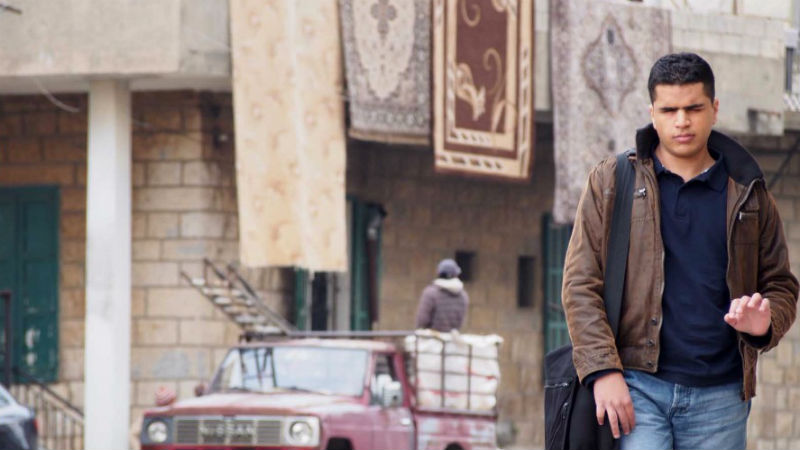 Rabih’s singing – accompanied by Arab strings and drumming – is featured several times throghout the movie. The lyrics cry out “give me an answer, give me an answer!”, in a deeply moving and sorrowful lament. The director’s choice to cast a blind actor is also praiseworthy – mainstream cinema often casts fully-sighted actors to play blind characters, a gesture sometimes full of prejudice and discrimination.

Vatche Boulghourjian’s first feature film is not without faults. The photography is extremely dark, and it would be very difficult to watch it on small screen or television. The lighting is so scarse that it’s often hard to make out the facial expressions of the characters, particularly indoors. This is likely an accidental Brechtian device, but nevertheless it has a negative impact on the quality of such an emotionally-laden story. And it’s not just the faces, sometimes the environment is hardly discernible.

Tramontane is showed in 2016 as part of the BFI London Film Festival, when this piece was originally written. It is out in selected UK cinemas on Friday, September 22nd (2017).