"Greasy movie"
Woman to woman: female filmmaker captures the lives of three Palestinian females, in all their glory and also in their struggle between the modern and the traditional, in a story full of compassion and solidarity - on DVD and VoD on January 29th

What happens when an independent female filmmaker with no connection to Hollywood decides to make a movie about three Palestinian women in Tel Aviv? The result of In Between is a compelling register of women fighting for their individuality and independence from relatives and boyfriends.

Laila is a liberal party-girl attorney. She smokes, she takes drugs and she has a handsome boyfriend who is attracted to her but is too embarrassed to introduce her to his family. She might not be the right girl “to marry with”. Salma is a Christian communist lesbian DJ who tells her family her sexual preferences. When she comes back to her hometown with her lover, it turns to be an awkward situation. Her parents had arranged her marriage to a young man. Nur is the last one to join the “Arabic Girls club”. She is shy and a virgin, with a strong Islamic tradition background. Throughout the movie, she finds out her fiancée is not the charming prince for which she was hoping. 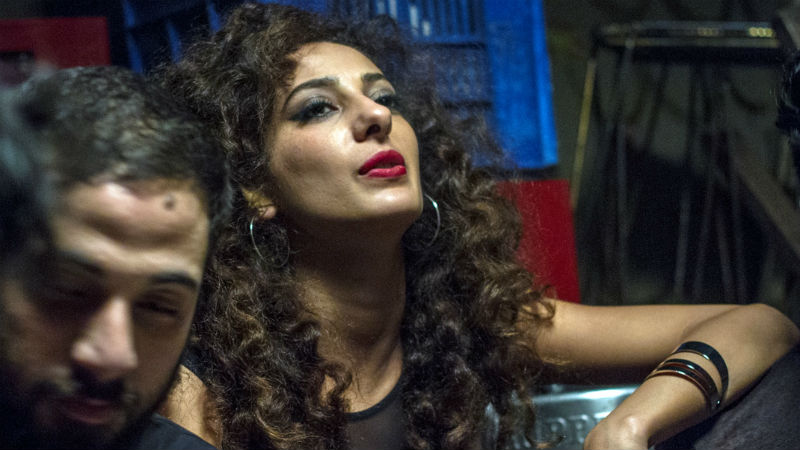 In Between is the first feature by Maysaloun Hamoud, who was born in Budapest but returned to her family’s native village of Dir Hana in Israel when she was two years old. Her natural concern about the condition of Palestinian women led to a conscious shout for equality in the conflict zone. There is no reference to war in the movie; instead the film is centered on the cultural and religious differences of three young girls who share the same flat.

Although the girls do not share the same lifestyle, their friendship functions well. They are learning that it is painful to face the hypocrisy of the society to which they belong. In her speech during the Award celebration at San Sebastian Film Festival, director Maysaloun repeatedly sustained “we need to change”. The film won two awards at the acclaimed film festival.

Finding a balance between tradition and modern culture might be the most challenging achievement for Palestinian women. In Between suggests exactly what the film title means: they are in the middle of the road, obviously unprotected. Tradition does not have the same appeal, and modern culture has not totally welcomed them yet. 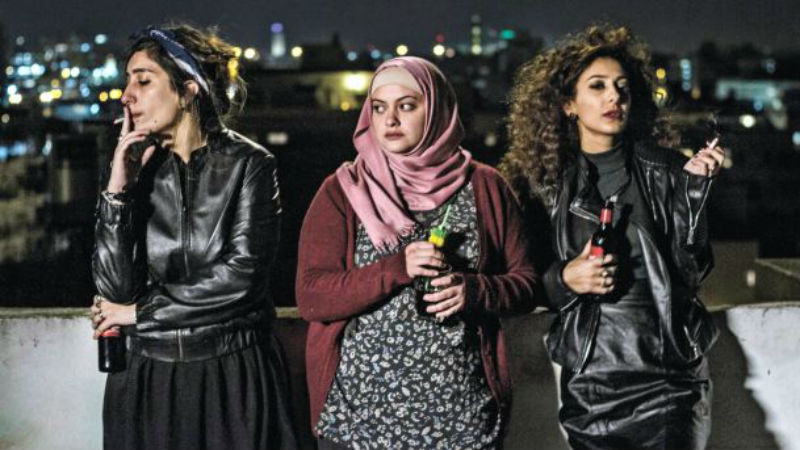 The film is an example of the gender equality issues that have been raised in the cinema industry lately. It is not a feminist story such as The Suffragette (Sarah Gavron, 2015) and because it doesn’t purport to be a political and historical movie, it is even more efficient. Here the women’s voices come loud and clear. They are staging their own present dramas in a poetic and respectful way. Their stories is full of compassion and solidarity, and should be seen with an open-minded attitude. It is liberating not only for Palestinians, but for mankind too.

The film showed in San Sebastian last year, when this piece was originally written. We are delighted that the movie now has a distributor and is out in cinemas across the UK on Friday, September 22nd. Due to exceptional demand, it was re-released on December 19th in selected cinemas. It’s out on DVD and VoD on January 29th.

As I Open My Eyes (À Peine J’Ouvre les Yeux)

Arab heads exploding with music: the female voice is one of the most subversive weapons against oppression in the Arab world, even in a fairly progressive country such as Tunisia - read our review of this superb Franco-Tunisian drama [Read More...]

Picking up fragments of history: blind Lebanese orphan seeks his real identity in this complex and multilayered drama, but sadly the truth is as shattered as the ruins from the Civil War - in cinemas [Read More...]