"Filthy genius movie"
The Brazilian melting pot at boiling point: Brazil has a long tradition of welcoming refugees and immigrants from all over the globe; this unusual blend of documentary and fiction exposes the wounds of these people as well as and the woes of the nation in a very urgent moment - showing in London

The Cambridge Squatter is a very unconventional film blending fiction and documentary. It is not a docu-fiction, though, as it doesn’t attempt to reenact a fact that belongs to the past. It is a movie about what is going on right now in Brazil. And what it tells is very urgent.

The movie is a collaboration between actors and activists – and it is not by chance that those two words have the same Latin root. The film surfaces in a historical moment in Brazil which mandates pressing and critical action.

Filmmaker Eliane Caffé told DMovies: “We came to San Sebastian International Film Festival to protest. Brazil is going backwards. There was a coup and some people built a story that what happened was an impeachment”. Caffé has joined other Brazilian filmmakers in the defense of former president Luis Inácio Lula da Silva, such as Kleber Mendonca Filho (Aquarius, 2016), Anna Muylaert (The Second Mother, 2015) and Aly Muritiba (To My Beloved, 2015). She has just produced the video for Lula’s statement at the opening of the 71st Session of the UN General Assembly, which happened last Tuesday, September 20th. 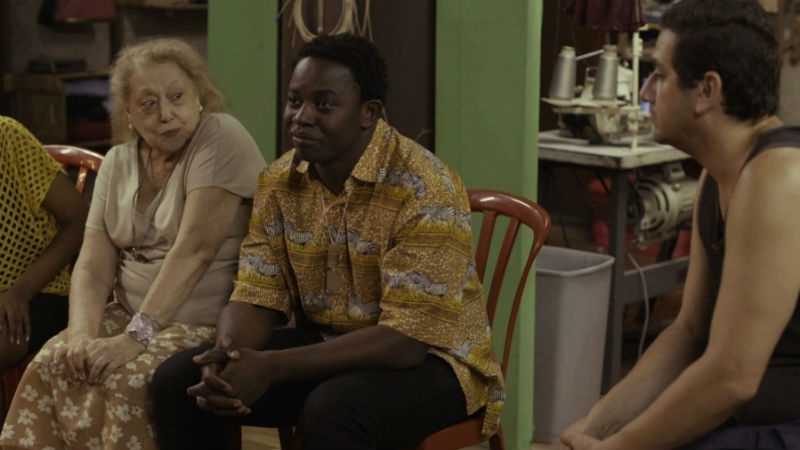 The Hotel Cambridge is a building in the centre of São Paulo for homeless and refugees, who only recently arrived from the Congo, Palestine and Syria. Together they occupy a building that turns into a stage for their struggles and tragicomic events. Despite mutual prejudices, their leaders work together and implement unusual strategies to surmount the problems brought about by collective cohabitation. The actors are the real refugees, the leader of the Front for Housing Organisation (FLM, in the Portuguese acronym), Carmen Silva, as well as well known Brazilian actors José Dumont and Suely Franco.

In order to create a harmonious atmosphere between actors and refugees, there was a series of workshops with them for more than a year. It was important that actors did not prevail over non-actors. The coexistence of actors and activists is the richness of this feature. As Carmen Silva states “we are all refugees from the lack of public politics”.

The Cambridge Squatter is a very subversive movie in many ways, not just in its unusual blend of fiction and documentary. It denounces a state of war in a country known for never being at war. Many refugees from Africa, Palestine and Europe chose to come to Brazil precisely because of the country’s tradition of pacifism. Lula’s government opened the borders for them, but there was no inclusion strategy. After three months – usually the time spent to give them papers -, they are left on the streets. That is why they search for associations such as FLM, which supports them in their squatting activities. The problem is that refugees don’t have the right to protest in public. 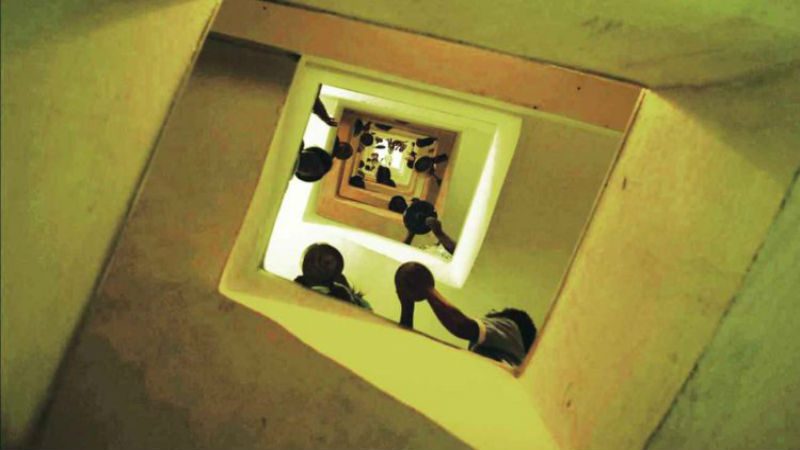 The film narrative is a poem about the disorder of the system. The Palestinian man agrees: “All my life I lived in an occupied country. Now for the first time I am occupying somewhere”.

The Brazilian sense of humour, even under high-pressure situations, pervades the screen. The memories of the characters, their dreams and their scars are all part of a complex urban mosaic. The reality endows the film with an epic quality and what is evident is that there is still room for art and resistance.

The Cambridge Squatter showed at the 60th San Sebastian Film Festival in 2016, when this piece was originally written. The film is showing in London on Sunday October 1st (2017), as part of an event organised by Alborada. Just click here for your tickets.

Wear the shoes of the dirty immigrant: a sobering and harrowing film about the plight of Burmese immigrants living and working in Thailand - in cinemas [Read More...]