Shot in black and white and full of heavy metal songs and attitude, The Nobodies centres its narrative on a group of street artists planning to embark on a runaway road trip, leaving behind their tedious lives. The lyrics of the heavy metal tunes played by Pipa and his band elucidate their frustration. The system oppresses them, capitalism sucks, and so it’s time for a revolution, a new solution. 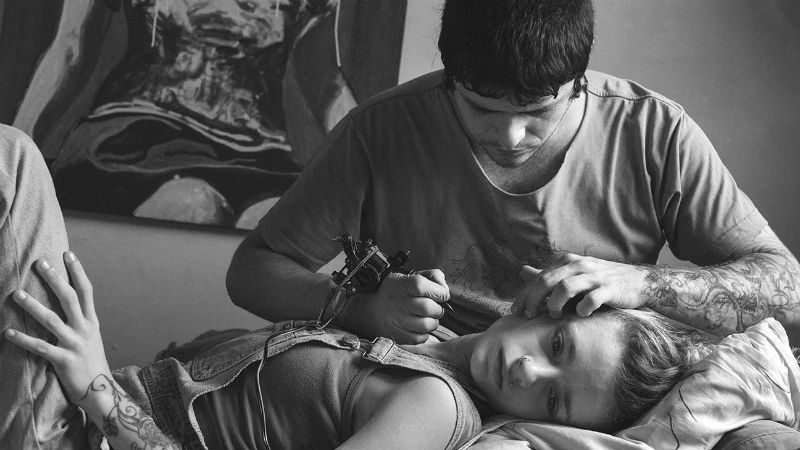 The film investigates the personal stories of the five young people (pictured above), and what triggered their revolt. Medellín is shining and teeming with activity, and yet their future does not look very promising. Some of them work as street artists in order to make pocket money. And somehow they feel that they don’t belong in their own homes.

Mesa creates an urban tale. Colombia is not an exotic location struggling the drug gangs. The director dodges stereotypes, and instead he gets very closer to the urban tales and dramas that the centre of big Latin American cities face – including Medellín, Buenos Aires, Mexico City and São Paulo. Latin America is somehow unified and its cruel social issues. But the film is not cruel itself. It’s instead smooth and full of hope for this generation. 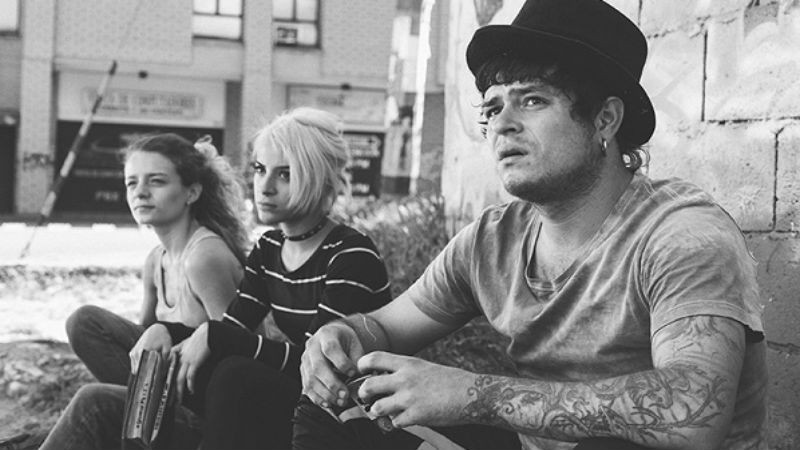 The Nobodies has a linear and yet peculiar narrative. Audiences will notice many clever creative choices. The five main characters were very good choices for their parts, as well as the anarcho-punk universe the film is set in. This film will give much impetus to both marginalised young people and emerging filmmakers in Colombia.

The Colombian film The Nobodies won the Film Critics’ Week prize at the 73rd Venice Film festival in 2016, when this piece was originally written. The movie was completed in just seven days and with a budget of less than $2,000. The film is showing in September 2017 at the Raindance Film Festival of London.

A fiery mixture of skateboarders, homosexuality and illegal blood trade is the promising feat of this Mexican film; sadly it fails to gel together [Read More...]