"Greasy movie"
Demon-infested or moonstruck? Empathetic and non-intrusive doc gets under the skin of Italians 'possessed' by demons without passing judgment and breaking the dysfunctional characters - in cinemas

A growing number of people in Italy seeking help because they think that they are ‘possessed’. There is even a call centre service to support tormented souls. Liberami by Federica Di Giacomo is an Italian documentary which proposes a brand new view on the spooky reality of exorcist priests and the alleged victims of a demon infestation.

Father Cataldo runs a regular mass in Sicily aimed at freeing people from bad spirits. Giullia, Grazia, Enrico and some others in the crowd suddenly start to act strangely. After a few minutes their voice and expressions don’t belong to them any longer. They are said to be possessed and they look possessed. The mass that started quietly in the name of God suddenly becomes a theatre of the disturbed. 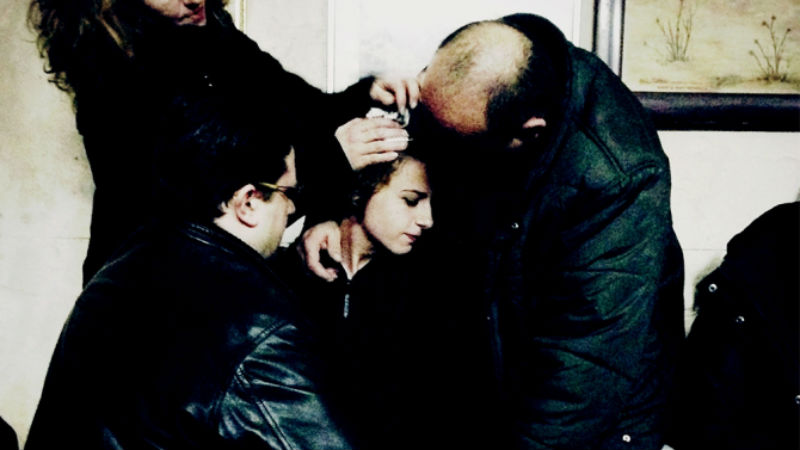 Director Federica Di Giacomo presents us a reality without interacting directly or eliciting anything from the subjects of her movie. Her camera is there merely to observe, like an invisible ghost, either the presence of God or a demon. She registers Giullia, Grazia and Enrico in their very fragile state without being invasive, but brave enough to share the tension and responsibilities with all who take part in an exorcism session. Di Giacomo finds a very personal way to film as an outsider. She doesn’t film the afflicted until they feel confident about it. This is a very mature and creative approach, particularly for a young director. The doc is linear and firm.

By following the lives of the people in the film, audiences will be provoked into judging their ‘performances’. Are they really possessed? Does the presence of the camera provoke the acting behind the possession? For moments we are tempted to contest the truth of the possessions. Even the fathers agree that sometimes people can impersonate their fears and carry on with these patterns for years like a self-imposed spell. 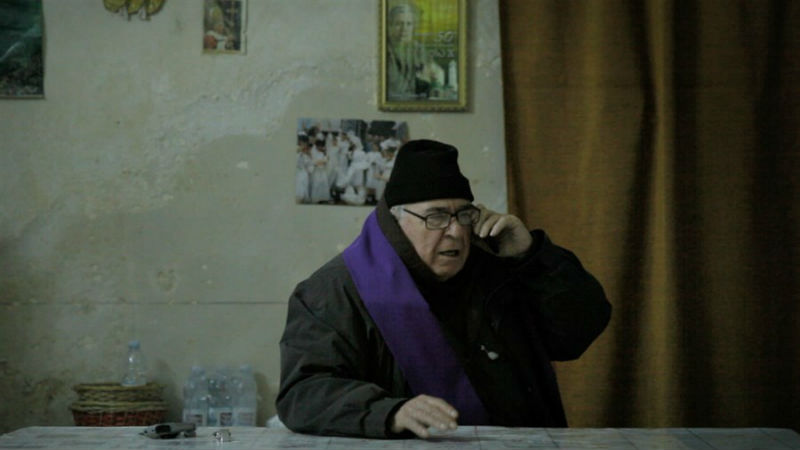 The film almost tresspasses the very fine line between documentary-making and fiction. But then the director retracts, and instead smoothly enters the lives of the subjects of the movie, investigating who they are, where they come from, what the issues are that surround them. We often find people with a tormented background, dysfunctional relationships, in desperate search for answers. The director remains non-invasive, just an observer. Some viewers might think these people need to be set free from a demon, other will think they need psychological support.

Italy is the Catholic centre of the world, and discussing Catholic faith and doctrine is often a taboo. Perhaps Di Giacomo’s discretion is a way to avoid clashes with the almighty organisation. She doesn’t denounce any wrongdoers. She reveals instead a nation in need of help.

Libera Nos showed at the 73rd Venice Film Festival (in 2016), when this piece was originally written. The film premiered in London as part of the Open City Docs Film Festival in September 2017. It’s out in cinemas on Friday, October 27th.