"Greasy movie"
Bored of living with your family in a large empty house? Then invite a bunch of people to move in and turn it into a commune - now available on Mubi

Boredom will inevitably creep into your marriage if you live in a three-story house alone with your spouse and your teenage daughter. The solution is to invite a number of friends, acquaintances and even strangers to move in. They come complete with a cardiac child bragging that he will die before nine, a constantly weeping immigrant who speaks broken Danish and, why not, your partner’s younger lover? Tediousness is guaranteed to be replaced by infighting and despair.

Erik (Ulrich Thomsen) lives with his wife of 25 years Ana (Trine Dyrholm) in Copenhagen. He is a architecture professor and she is a news anchor in Cophenhagen in the 1970s. It was a romantic time when commune living became commonplace across Scandinavian countries, partly as a social statement against capitalism, partly as a political statement against war and dictatorships abroad. Swedish film Together (Lukas Moodysson, 2000) portrayed a similar arrangement, and Vinterberg himself lived in a commune as a child. 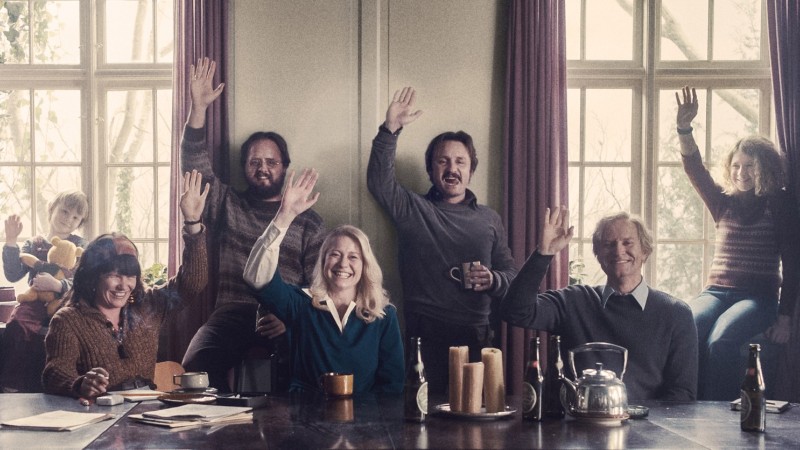 The commune is soon vivid and livid, with heated arguments, crying and sadness invading the lives of the people in the house. Constant “house meetings” culminate in detailed sex revelations and mutual accusations, in scenes very similar to Vinterberg’s The Celebration (1998).

While the film is a powerful reminder of the obscene and comfort in which our society lives, and how we never bother to engage with those surrounding us, it fails in many other aspects. It is not as politically-charged and gripping as Together and it does not have the aesthetic and innovative cinema appeal of The Celebration (the first film of the groundbreaking and influential Dogme 95 Movement) .

The Commune also lacks universal appeal and currentness. The commune feels like a romantic and foolish endeavour confined to a somewhat distant past and to a remote country. While emotionally effective, the film fails to link in any way with the present situation of Syrian refugees in Europe. Last year, when the film was being made, many Europeans were opening their own large houses to those fleeing war in the Middle East. Even the Finnish Prime Minister opened his large house to Syrians. Perhaps unwillingly, Vinterberg leaves the impression that this solution is too idealistic and therefore unfeasible.

The film premiered 66th Berlinale in 2016, when this review was originally written. On Mubi in August/September 2020.