"Thoroughly sanitised movie"
The day the Nazis spoke English: highly sanitised and romanticised movie fails to celebrate the real story of a Berlin couple who resisted their oppressive regime - in cinemas now

Several historical films about the Third Reich have been been made this century, including The Downfall and (Oliver Hirschbiegel, 2004) and Sophie Scholl: The Last Days (Marc Rothemund, 2006. Both films were successful, realistic and convincing endeavours, which have become widely recognised and acclaimed worldwide. Both films are in German. Even Hollywood films about the controversial and turbulent period of German history were often made in German, such as The Good German (Steven Soderbergh, 2006), forcing the heartthrob George Clooney to learn and speak some of the language of Nietzsche.

Swiss Director Vincent Pérez instead chose to adapt the German classic romance ‘Alone in Berlin’ by German writer Hans Fallada to the silver screen entirely in English. Ironically, the film premiered at the Berlin Film Festival with subtitles in German. Even the famous Alexanderplatz in Berlin became Alexander Square, and Nazi officials have a strangely and vaguely British accent. 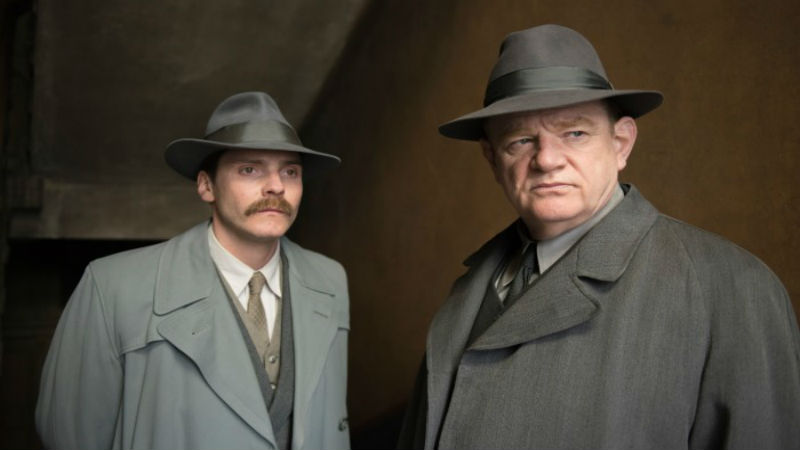 Both the book and the eponymous film are based on the true story of a German couple who resisted the Nazi regime by handing out hand-written postcards spurring people to resist and even fight Hitler. They were inevitably caught, swiftly judged and sentenced to death. British actor Emma Thompson plays Anna Quangel, while Irish Brendan Gleeson interprets her husband – both very convincing as experienced actors.

While the performances are good and the cinematography mostly accurate, the English language makes the film very ineffective. Responsive mimicry is virtually impossible, and the movie feels like a strange tale set in a post-modern bizarre dimension that never existed. A profoundly romanticised and sanatised film with no innovative devices, which relies instead on elaborate settinga and strong performances from well-known and widely recognised actors. Alone in Berlin is a tentative tearjerker, but it will not make you cry.

An alternative solution would have been a film released in two languages, like German filmmaker Rainer Werner Fassbinder did in Despair (1978) and Lili Marleen (1981). This would have enabled Pérez to keep the desired actors without compromising authenticity. 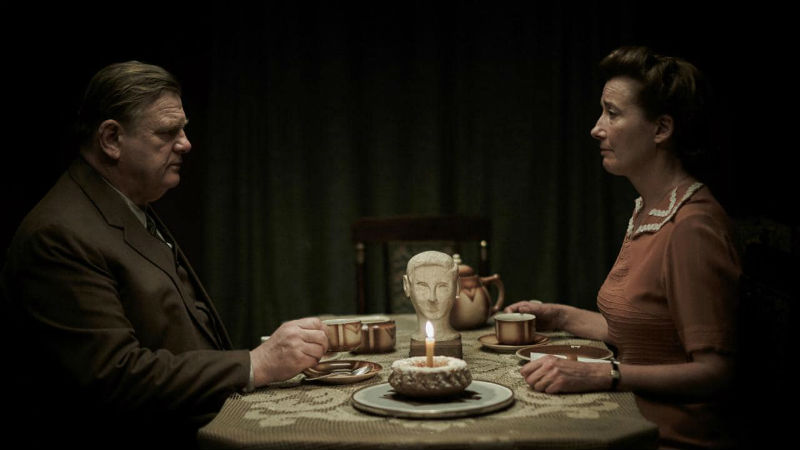 Alone in Berlin is offensive to Berliners. It is the equivalent to making a film about Winston Churchill set in London entirely spoken in German opening at the London Film Festival with subtitles in English (in fact one has been made since this review was written last year and, surprisingly enough, it’s not in German). Of course this would never happen. This is for at least two reasons. Firstly, Hitler was a bad man and therefore many people think of German as an unpleasant language. Secondly and most importantly, Hitler lost the war, and history is always written by the victors in their own language. Had Hitler won the war, we would probably be queuing in Leicester Square to watch Allein in London starring Margit Carstensen and Markus Bausteimer.

This does not mean that a good and creative movie can never be made in a foreign language. In 2001 Michael Haneke adapted Elfriede Jelinek’s book ‘The Piano Teacher’ to a film by the same name. Although entirely set in German-speaking Vienna, the film is entirely in French. Haneke made such choice simply because he wanted French actress Isabelle Huppert in the main role. The difference is the poetic licence of the film, which rendered the movie powerful despite the language disconnect. Unfortunately, Alone in Berlin does not possess such quality.

Alone in Berlin was part of the Official Competition at the 66th Berlinale in February 2016, when this piece was originally written. It open in UK cinemas on June 30th, 2017 – maybe it’s even showing in Leicester Square.