In an Amazonian village in the middle of nowhere, former prostitute and still impressively good-looking Lavínia (Camila Pitanga), is married to bookish preacher Ernani (Zé Carlos Machado). The reasons for the unusual pairing are unclear at first, and only gradually revealed. Although her spiritual well-being is provided by her devoted husband, her libido is blatant and needs nourishing. This is when handsome photographer Cauby (Gustavo Machado) lavishes the needs of the skittish woman and shakes the foundations of a stable relationship.

There are many extremely steamy encounters between Lavínia and Cauby, with the female feeling torn between the needs of the body and the soul. The sex scenes between both ends of this love triangle are in stark contrast: the adulterous relations are portrayed with roving camerawork and saturated colours, while marital relations and whitewashed flashbacks of the preacher on a mission to “save” the former harlot with are almost static.

The cinematography is flawless, carefully concocted by directorial duo Beto Brant and Renato Ciasca. They repeat a collaboration already proven effective, adapting again a novel by Marçal Aquino as they did with The Trespasser in 2001. This extensive care with the image gave the melodrama almost a surgical undertone, allowing audiences to examine very private moments in very close, almost graphic detail.

Brant and Ciasca are successful in subverting the soapy expectations of Latin American melodrama without breaking its formula. They go beyond the stereotypical and heavy-handed characterisation of the telenovelas, exploring taboo themes and daring to strip naked, but still making good use of the social realism for which Brazilian soaps are renowned.

The cast is also to be praised. Pitanga portrayal of a broken woman struggling to find the balance between desire and needs is superb. Both Zé Carlos and Gustavo Machado delivery of their characters is compelling, allowing the audience to investigate the role they play in the construction of the female character’s psyche.

The male characters per se, however, were never fully develop. Their existence seems limited and defined by the construction of Lavínia’s psyche. Great symbolic scenes (such as Ernani’s desperate stroll on the streets of Rio looking for his runaway protégée; or Cauby’s arrest) were empty or mostly lost. This is because they were disconnected from the only fully-formed character, Lavínia.

I’d Receive the Worst News from Your Beautiful Lips is a very lyrical and convincing Latin American melodrama, despite its shortfalls. The magical panoramic images of the idyllic Santarém in the northern Brazilian state of Pará, combined with the harsh tones presented in the Rio de Janeiro scenes form an explosive combo, filled with steamy fully nude sex scenes. While a little raunchy and racy, the imagery of the film is fine and elegant, and never gratuitous.

The film received limited theatrical release outside Brazil, but it is now available for purchasing in various international and online outlets. DMovies selected it as one of “the dirtiest Brazilian films of the past 10 years”.

Andrade is a trained actor and performer with credits in film, TV and stage in Brazil and in the UK. He holds an MA in Making Plays: Writing and Devising for the Stage by Kingston University (2011), a... 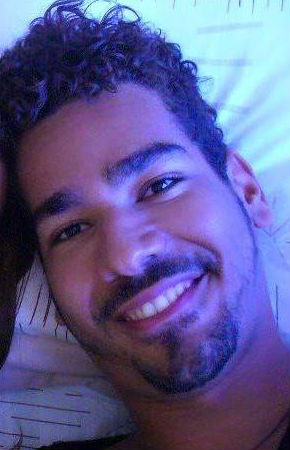