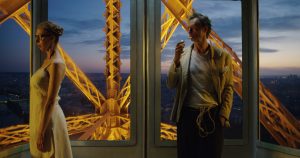 For any cultural endeavour to reach a quarter century is a milestone worth celebrating. Your 25th French Film Festival UK marks a significant notch on its calendar with a programme that is even richer and more comprehensive than ever before. Involving leading independent cinemas around the country from Glasgow and Edinburgh to London, from Inverness to Dundee and Belfast, from Warwick and Leicester to Chichester and Bristol, and so many more places in between watch out for the crème de la crème of contemporary and classic French-speaking cinema from 2 November to 17 December 2017.

A chorus of “grand merci” as ever is due to sponsors, advertisers, funders, supporters, cinema colleagues, distributors, sales agents, and the dedicated Festival team without whom none if it would happen – and that would be so triste!