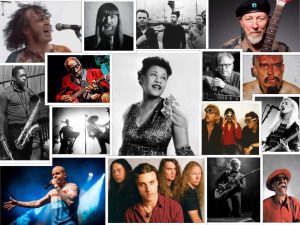 This year’s edition features world, European, UK and London premieres, filmmaker and artist Q&As and live music events. Doc’n Roll is supported by the BFI using funds from the National Lottery to grow audience appetite and enjoyment for a wide range of independent British and international films.

Kicking the festival off in fine style on 2 November is the world premiere of A Winding Road: A Ramble with Richard Thompson at Picturehouse Central, featuring a Q&A with Thompson and director Edmond Deraedt.