"Greasy movie"
Loving the alien: three humans claiming to be aliens steal ideas from people’s heads as they prepare for their race’s forthcoming invasion, in an unabashedly bizarre blend of comedy, romance and sci-fi – on DVD and digital HD on Monday, February 11th

This review is of a first viewing. It really doesn’t happen often, but I can imagine liking this more second time round. Before We Vanish is a very strange and unusual movie, from Japan.

Hands take a goldfish from a group in a white bathtub and transfer it into a metal pan. A sailor-suited schoolgirl carries the fish in a bag to another house. Inside the latter, on its floor, the fish struggles to breathe as it lies on the ground out of water. Spattered with blood, the girl (Yuri Tsunematsu) walks happily along the middle of a busy road. As she strolls without a care, a lorry swerving to avoid her crashes headlong into an oncoming car.

Elsewhere, something is wrong with Shinji Kase (Ryuhei Matsuda from The Raid 2, Gareth Evans, 2014). His behaviour alarms his wife Narumi (Masami Nagasawa from Our Little Sister, Hirokazu Kore-eda, 2015, playing in LEAFF this Saturday 28/10). For instance, he suddenly vanishes from the house only to be found lying, quite happily, in the tall grass of a nearby field. 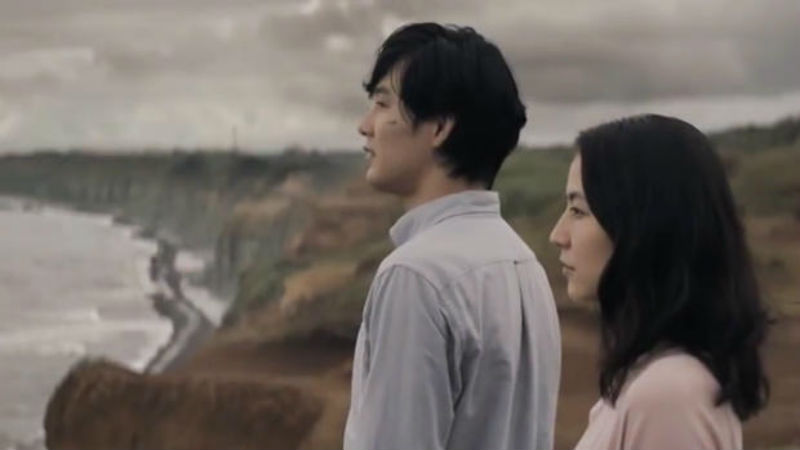 “No-one is saying anything,” says journalist Sakurai (Hiroki Hasegawa from Love And Peace, Sion Sono, 2015) who spends much of the time driving around in a van with a satellite dish on the roof. He’s convinced that a big story is about to break and intends to be the one doing it.

The girl hooks up with a boy (Mahiro Takasugi). Both are convinced they are aliens who have taken possession of human bodies. An invasion is coming and three of them have been sent ahead to lay the groundwork. Sakurai is definitely not an alien, but the other two let him tag along. The aliens are offering him an exclusive. Besides, in order to function they need a human to act as their ‘guide’.

Once resident within their human hosts, however, the aliens cannot comprehend many of the concepts that humans take for granted every day of their lives. Such as “individual”, “self”, “family” and “love”. But this issue is easily remedied. An alien finds a human with a clear idea of the concept of, say, “self”, touches them on the forehead with an extended finger (a bizarre nod to E.T., Steven Spielberg, 1982) and retrieves that concept from the victim’s head. The victim collapses immediately after the theft and is never quite the same again.

Kiyoshi Kurosawa’s meandering narrative mixes these conceits with more traditional sci-fi and action elements (but not that much of them, lest you might think of this as a generic SF picture – it is, but then again, it isn’t). There are battles with automatic weapons where the aliens get shot but hardly seem to notice. At least, until the resultant trauma proves too much for their host body. 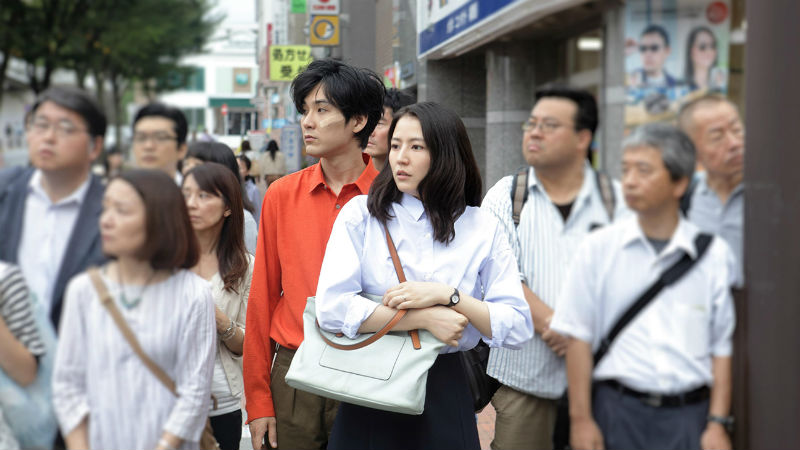 One of the very first scenes has a woman pulled in through her own front door by an unseen adversary: towards the end, aircraft fly overhead delivering firebombs recalling similarly gratuitous flying aircraft at the close of the same director’s career-defining J-horror outing Pulse/Kairo (2001). Kurosawa tops this in Before We Vanish with a scene in which red lines drop from a cloud whirlpool above the sea then change course and fly towards the coast as burning fireballs.

The core of the piece is ultimately much less the plot, such as it is, than the characters: the aliens and their guides, the Kase family and the boy girl companions with the reporter tagging along. One minute it’s charming, the next it’s terrifying. One minute you’re watching a comedy, the next a moving romance and the next a sci-fi action movie. Which ought to render the whole thing an unwatchable disaster which can’t make up its mind as to what exactly it is. And yet somehow, in much the way that Pulse/Kairo threw every horror trope its director could envisage at the audience and yet produced something that cohered under a weird internal logic all of its own, the disparate elements of Before We Vanish hang together as a memorable whole. It’s both bonkers and beguiling in equal measure.

Before We Vanish plays in the London East Asia Film Festival. On Blu-ray and digital HD on Monday, February 11th.