"Greasy movie"
British horror starring Bill Nighy is a twisted feminist movie revisiting the past and our notions of memory, but perhaps it would work better as a TV series - now on VoD

Move back to the late 19th century, take a little of Jack the Ripper, throw in a dash of Sherlock Holmes, squeeze in some theatre and cabaret acts and then add a final touch of feminism. The outcome is a very British film, with a top-drawer cast including Bill Nighy, Olivia Cook and Douglas Booth. The American-born director Juan Carlos Medina is probably the most un-British thing about The Limehouse Golem, which was penned by Jane Goldman. She is mostly known for co-writing the screenplays of Matthew Vaughn’s Stardust (2007) and X-Men: First Class (2011). 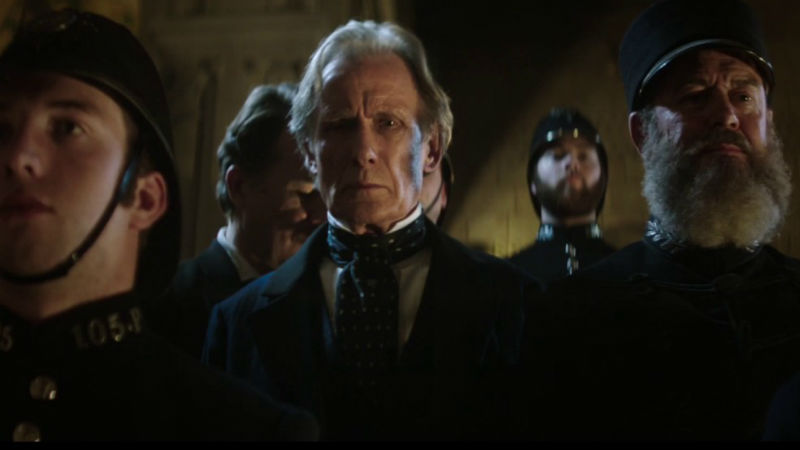 Elizabeth (Olivia Cooke) is accused of poisoning her husband, and she is awaiting a trial which is almost certain to culminate in her execution in the gallows. She is a music hall star from a humble background and a dysfunctional family. Her formidable mother was very abusive, as was the husband whom she’s accused of killing. Rookie detective Kildare is assigned with her case, and he soon begin to develop some fondness for the mysterious woman. He suspects that Elizabeth’s husband was in reality a sadistic serial killer nicknamed The Golem. He also thinks that the oppressed woman may not have poisoned him at all, or that perhaps she killed him in act of desperation (in some sort of Victorian Ruth Ellis act).

The fact that the screenplay was written by a woman is by no means irrelevant. Elizabeth is both ambiguous and empowered. She’s very comfortable and energetic on stage, and mostly sullen and introvert elsewhere. She seems to accept her likely death sentence with a stoic attitude, but there a certain cunningness in her apparent frailty suggesting that there’s more under the surface. Kildare is charmed and fascinated by this fine and cryptic female. 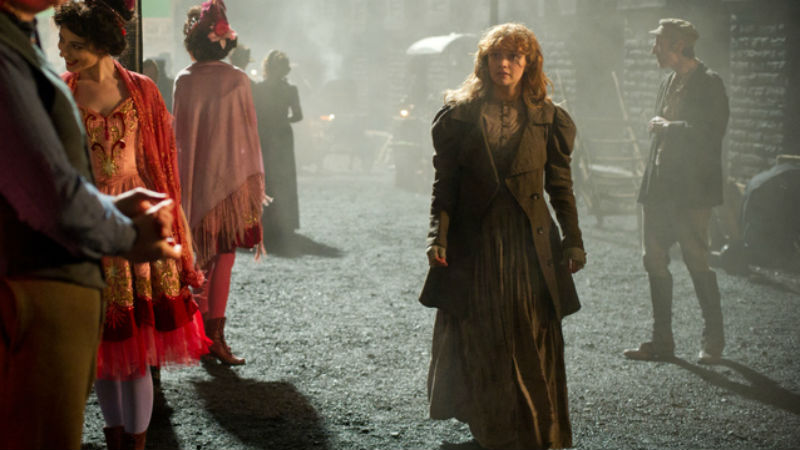 A number of twists drive the narrative of this very British horror movie, and it worth sticking to the end for a very nice surprise. And there’s just about enough gore (including eviscerated corpses very much à la Jack the Ripper) to shock you, without becoming exploitative. The grotesque murders are indeed fetishised, but this is not a bad taste movie. It’s more a fantasy horror flick instead. It’s not a perfect one, though. It sometimes feels a little self-conceited, too epic and grandiose, plus a tad too long at nearly two hours. To boot, the dark studio settings give the movie a TV series feeling, and perhaps it would be more appropriate indeed if this was made for a more mainstream television audience.

The Limehouse Golem was out in cinemas across the UK on Friday, September 1st. In late December, it was made available on all major VoD platforms.