"Filthy genius movie"
Wear the shoes of the "negro": white female filmmaker Kathryn Bigelow delivers an enrapturing and harrowing portrayal of police impunity and racism in the US during the riots of the 1960s - now also on Amazon Prime)

The timing for the launch of Detroit couldn’t be better, as the US urgently needs to be reminded of the ugly face of institutional racism. Pussy-Grabber-in-Chief’s leniency of neo-Nazis and white supremacists in Charlottesville last week has left the country and the world flabbergasted, and we are glad that Kathryn Bigelow has made Detroit in order to expose the sheer bigotry and the shocking impunity that many racists enjoy.

Bigelow does wear the shoes of the “negroes”, and you would hardly guess that Detroit was made by a white woman. This may come as a surprise to many, and it is perhaps an attempt at reconciliation with liberal Americans, as her film Zero Dark Thirty (2012) was accused of endorsing torture. The director, who became the first woman in history to receive an Oscar for Best Director, does succeed to make amends. Detroit does feel like a punch in the face of reactionary Americans, and a raging denunciation of an extremely brutal chapter in US history, which is now threatening to make a comeback. Charlottesville was not far from becoming the new Algiers Motel. 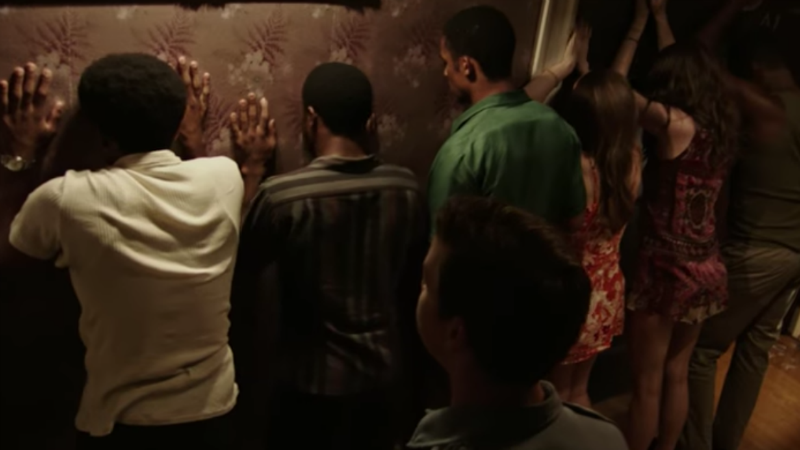 The professional R&B group The Dramatics are amongst the victims. Algee Smith deserves praise for his performance as the lead singer Larry Reed, as does the English actor Will Poulter for his delivery of the Philip Krauss, the most sadistic and leading figure amongst the police officers. Violence is neither sanatised nor fetishised. Visuals are accurate yet not constructed in order to give you an adrenaline rush, but instead in order to make your eyes wet. You will feel anger and pain as the young and innocent Black Americans are subjected to all sorts of torture, ranging from death threats to beatings ahoy. The two white females are treated as prostitutes, as Philip assumes that these are the only kind of white women who would mingle with Afro-Americans. 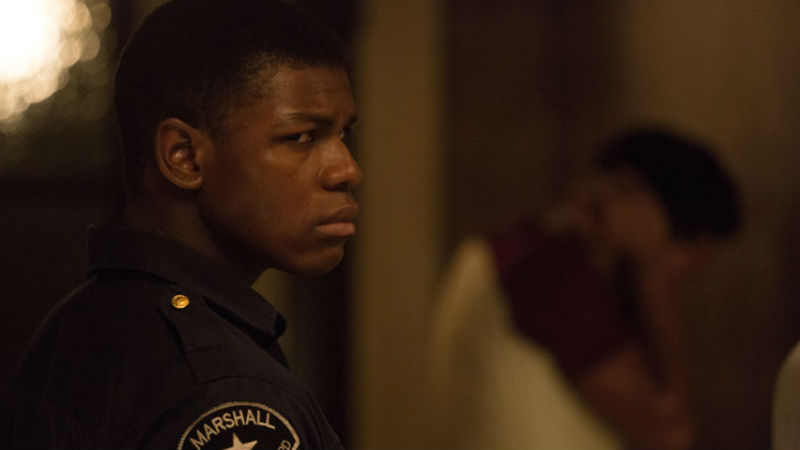 Impunity is also a central topic. Philip Krauss and his chums (which includes a Black officer, pictured above) were acquitted of all of their crimes, in what most people nowadays perceive as a gross miscarriage of justice. The trial, which is also recreated in the end of the movie, focuses on the criminal history of the Blacks, in a sheer and blatant perversion of the American judiciary. Blacks are always to blame for whatever happens to them, whoever absurd this may be.

You don’t need to know anything about American history and the Civil Rights Movement in order to engage with Detroit. This is one of those films so powerful and universal that all you need is a scintilla of humanity in order to sympathise with the victims. This is also a film you won’t forget too easily.