"Dirty gem"
Taking immersive cinema to a whole new level: British survival horror successfully recycles devices from the shark and claustrophobia horror movies to very convincing results, in a film that will leave your nails bleeding - in cinemas

The movie theatre is a dark and claustrophobic space by nature, and hence the right place to watch this extremely jarring and oppressive movie. 47 Metres Down is the ultimate immersive cinema experience, very effective is its objective of keeping viewers biting their nails and on the edge of their seats throughout. In fact, my fear was such that my fingers were almost bleeding by the end of this 85-minute dirtylicious film experience.

Lisa (the gorgeous American actress Mandy Moore) and Kate (the equally pretty Australian Claire Holt) are sisters holidaying in Mexico. Lisa’s boyfriend has recently broken up with her, and so Kate is doing the best she can in order to cheer up her sibling. And so she insists that they go on a cage diving shark adventure. She disregards the poor conditions of the equipment and illegality of the bizarre joy ride, which is being conducted by a very dubious Captain Taylor (Matthew Modine) in a derelict and converted fishing vessel. 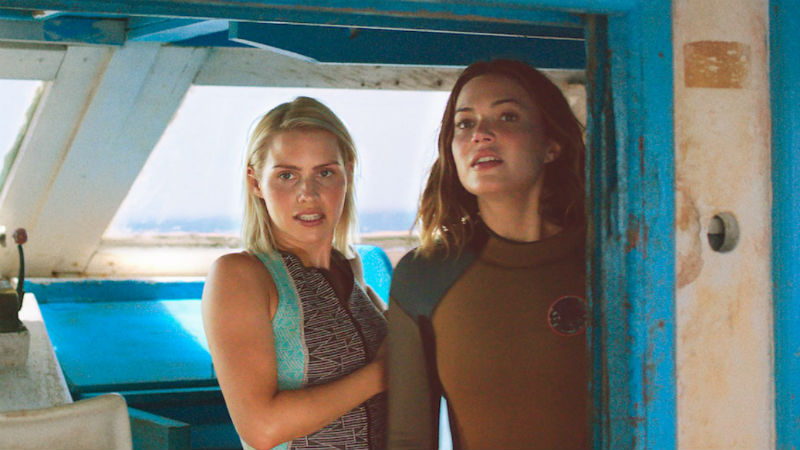 Exactly as you would expect, the cable breaks and they get trapped underwater at the depth described in the film title, surrounding by giant predatory shark, with their oxygen running out and unaware whether the men will come for their rescue or simply vanish. The claustrophobia and precariousness of the situation will get you sucked right in. You will feel as vulnerable as the two young females.

The director successfully recycles devices from various horror movies, such as sharks, underwater and confinement flicks. The creatures are believable enough, the photography is dark and convincing and so is the entire predicament of the girls. There is blood and gore, but not too much. And there are fantastic images and events in the final third of the movie, which are then accurately explained by the clever twist at the end of the movie. In many ways, this is still a formulaic horror: vulnerable females being punished for doing something naughty. But it works very well. 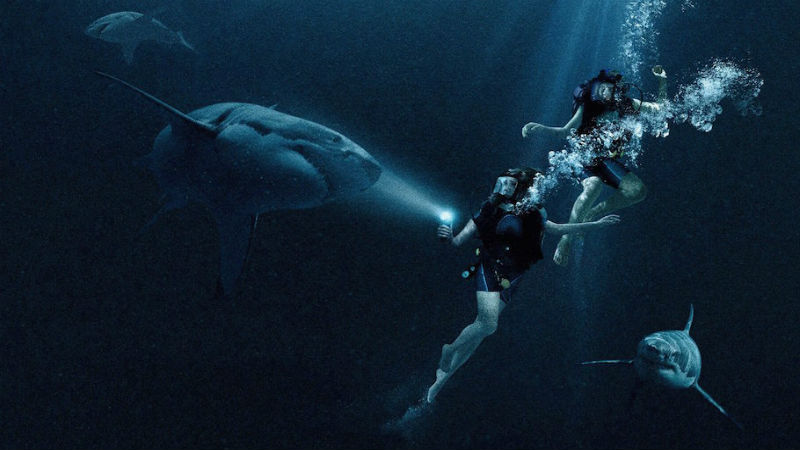 One interesting fact about this movie and other British horror films about going underwear/underground is that it hardly feels British and it’s set abroad. In the equally British and extremely scary The Descend (Neil Marshall, 2005) the action takes place in deep caves the in US, and the actors are a blend of American and Australian (just like here). And in the recent The Chamber (Ben Parker, 2017), a submarine crew gets trapped underwater in North Korean waters. All of these are very good movies, but they beg the question: do we have to move away from our territory so often in order to convey horror? Isn’t our little island scary enough? And does our British identity have to get diluted once we go underwater or underground?

47 Metres Down is out in UK cinemas on Wednesday, July 26th. Watch it in a large cinema screen with outstanding sound effects for the full experience

And click here for our review of another extremely riveting film to be watched on a very large silver screen (ideally IMAX), and also showing right now in UK cinemas.