"Dirty gem"
The strongest chain in no chain at all: LGBT drama about two gay men who meet in an absurd situation and become unexpectedly attracted to each other - from East End Film Festival.

Will is an English guy handcuffed to a lamppost at the end of his stag-do in Berlin. Waiting for his friends to come back, he meets Michael (Jo Weil) who helps to set him. The two go to Michael’s apartment where he tries to unlock his handcuffs. Their attraction is so intense that they end up having sex. Will (Pip Brignall) can’t stand the idea of having feelings for a man and in a moment of shame and confusion he leaves Michael’s flat, only to return a few minutes later.

What follows is an intimate encounter between two souls. They chat, they make love and they try to achieve mutual self-discovery. The story goes on in only one setting: the confines of Michael’s apartment. The movie does not set out to tell a multilayered and convoluted story. Instead it’s the straight-forward portrait of two men with their pasts, their feelings, their fears and their hopes.

The dialogues drive the story and give us an overview of the lives of the two males: Will is about to get married with a girl and she doesn’t know that he is attracted to guys, while Michael has broken up with his long-time partner. There is a perfect imbalance between these two figures, one is free of constraints and labels, the other is repressed and can’t accept his nature. Their confrontation explores their differences, but also all the possibilities they both are missing. Could they start a life together? 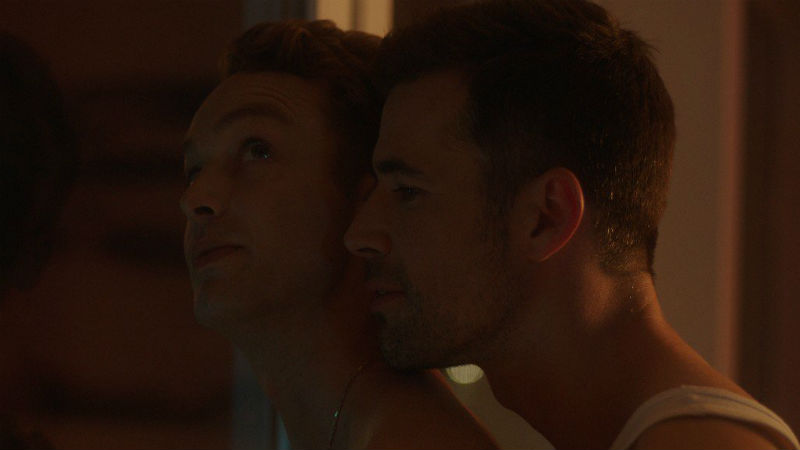 The acting is excellent, with Brignall and Weil capturing your attention with their hypnotic looks and tender conversation. They have an incredible chemistry. And the direction is outstanding. The first-time filmmaker Wilshin has a delicate and discreet approach in examining LGBTQ issues as coming-out, masculinity and also repression, continuing the dialogue established in films such as as The Weekend (Andrew Haigh, 2011) and Paris 05:59: Théo & Hugo (Olivier Ducastell, Jacques Martineau, 2016). The main weakness of the movie that it doesn’t add anything new to the conversation, and it’s not shining with originality.

All in all, Sodom is an enjoyable 90-minutes love-story and it is an outstanding debut feature for Mark Wilshin. You will fall in love with Will and Michael and you will be easily trapped in their fascinating intimacy. Also, this is not a predictable movie, and the bittersweet ending wraps up the story magnificently.

Sodom is showing at part of the East End Film Festival starting on June 2nd – just click here for more information about the event, and book your tickets now!