"Filthy genius movie"
François Ozon's latest movie is a breathtaking sexual and psychological thriller in no way inferior to Swimming Pool, with an unbelievable twist at the end - out on Mubi on Sunday, February 13th; also available on other platforms

François Ozon probably doesn’t get much sleep. At the age of just 49, the incredibly prolific French filmmaker has authored 40 feature films. While his neoclassic Frantz was still showing in cinemas, the director has already came up with yet another masterpiece called The Double Lover, which premiered at the 70th Cannes Film Festival.

This is an incredibly arresting, sexy and funny study of love, sexuality and emotional breakdown. Chloé (Marine Vatch) begins an affair with her psychologist Paul (Jérémier Renier), after she has recovered from anxiety and some apparently psychosomatic stomach pains. Paul is strong and confident, while Chloé is frail and insecure. Her looks and vulnerability, plus some of the sex scenes, reminded me a lot of Mia Farrow of Polanski 1968 classic Rosemary’s Baby – minus the blond hair. Like Rosemary, she begins to suspect that her husband is concealing something from her and – despite her insecurities – she begins to investigate his life. She soon discovers that he changed his surname, but that’s just the beginning. 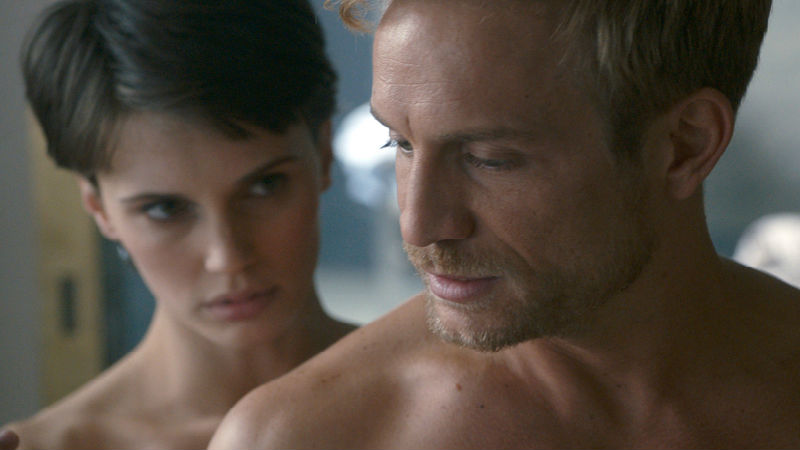 This is also a film about duplicitous and split personality, and how we all have to negotiate with a strange twin living us. We all have to grapple with our inherent ambiguity, and make sure the dominant side doesn’t take over, absorb or kill the weaker one. Ozon creates a breathtaking cinematic allegory for the Manichean duel we all have to stage in our lives, and how repressed sexuality can easily morph in to hysteria or perhaps something more serious. Maybe psychosis? 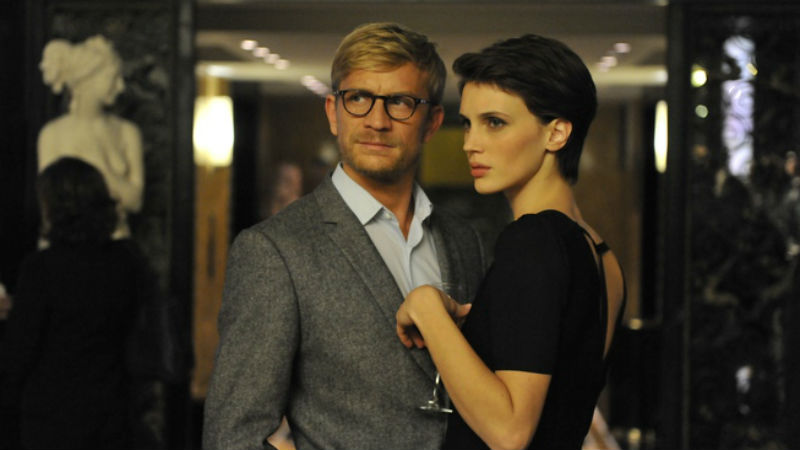 The acting is superb, the camerawork is impeccable, and this film is in no way inferior to what I consider to be Ozon’s masterpiece Swimming Pool. Like the 2003 film, there’s a huge surprise in store for you in the end, and there is absolutely no way anyone will guess what this is. One side is going to win, but I’m not telling you what that is. Is it the good or the bad guy? Is it sanity or is it madness? Is it reality or is it imagination? Is it the dominant twin or is it the runt? Is it the one penetrating or is it the one who’s being penetrated? For now I’ll leave you guessing. You will have to wait a few months until the cinema comes to a cinema near you in order to find out. Rest assured, the journey is worth it. This is a psychologically orgasmic treat.

The Double Lover was vying for the Palme d’Or this May, when this piece was originally. It was my personal favourite to take the prize. With a sexually subversive mind such as Pedro Almodóvar heading the jury, I thought that the film stood a good chance of walking away with the statuette. Ozon likes it dirty. So does Almodóvar. And so do I!

But I was wrong, and Ozon left without the statuette.

This film showed at the 70th Cannes Film Festival, when this piece was originally written. Itpremiered in the UK in October, as part of the 61st BFI London Film Festival. It is finally out in cinemas on Friday, June 1st (2018).

On Mubi on Sunday, February 13th (2022). Also available on other platforms.