"Dirty gem"
Do you want to know why older Brits don’t understand young Brits, and the other way around? Then watch The Levelling. It might even help to heal some Brexit wounds. In cinemas this weekend

Beware: The Levelling is not comfortable viewing. Female British director Hope Dickson Leach shows a Great Britain that some people only became acquainted with after the EU referendum last year. Life in Britain can be hard, and people in the rural areas are often left on their own.

The movie is a profound family drama set in Somerset 2014 after the disastrous floods. Clover Catto (the excellent Ellie Kendrick) returns to the farm where she grew up after her brother died, in a possible suicide. She is not at all happy to come back home and she needs to get in touch again with her father Aubrey.

In terms of narrative and rhythm, the film is slow. The first dialogue is a little redundant; instead Leach could have jumped to the scene in which Clover arrives in the farm. That is the crucial point to the film and a microcosm of it too. The opening scene must grab the audience immediately. But once you survived the initial heavy atmosphere, you will be led to the territory The Levelling is. Don’t forget: it gets very muddy! 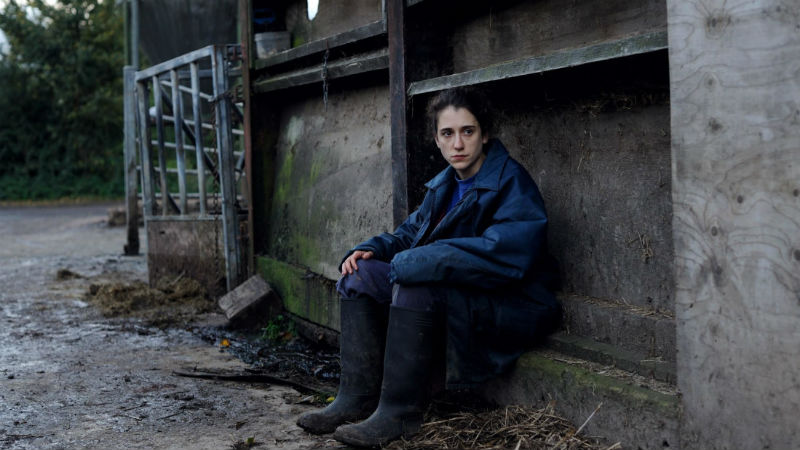 Grief sets tone of the film. No wonder a party turns into a funeral. The actors move into very dark places and there is no space for understanding. In real life, farmers are still waiting for the insurance to cover the losses caused by the floods. At least 1,135 homes were flooded in January 2014. Clover is trying to reconnect with her past and her parents, but the lack of dialogue is an issue. There is denial, silence and plenty of other difficulties in confronting emotional problems. It is devastating. The Levelling captures a real modern-day feeling that prevails in the region.

Compare, for example, what we are used to see on the tellie in shows such as ‘Grand Designs‘, with Kevin McCloud at Channel 4. From that point of view, moving to the countryside is a luxury, a ticket to a glamorous lifestyle. But a single look at Ellie can transform your magic dream into a nightmare: muddy wellies, stinky animals and no make-up (she still looks pretty, though).

In her debut, Leach looks at the British class system from a brand new angle. She is not talking about the working class that Ken Loach usually depicts. And she doesn’t gaze at the aristocracy either, something that the British period films do all the time. The Levelling investigates the middle class.

Don’t miss The Levelling, out in cinemas nationwide this weekend.