"Filthy genius movie"
Put on the shoes of a mother protecting the young and the elderly in the Syrian War - this a film that Theresa May, Donald Trump or anyone unsympathetic of the refugee cause should see - in cinemas now

Our home is normally our most sacred space, and our family members are typically the people whom we cherish the most. Few people can fathom the anguish and the pain of having to protect both of those, thereby endangering your own life. Now Belgian director Philippe van Leeuw has placed cinema-goes in such situation.

For 85 minutes you will have to wear the shoes of Oum Yazan (in a rivetting performance delivered by the Palestinian actress and film director Hiam Abbass), as she does everything within reach in order to protect her family inside her flat in Damascus, as the Syrian War is just beginning to loom. You will be locked with Oum and seven other people in the relative safety of her middle-class dwelling, while a cannonade of bombs and machine gun fire explodes outside. 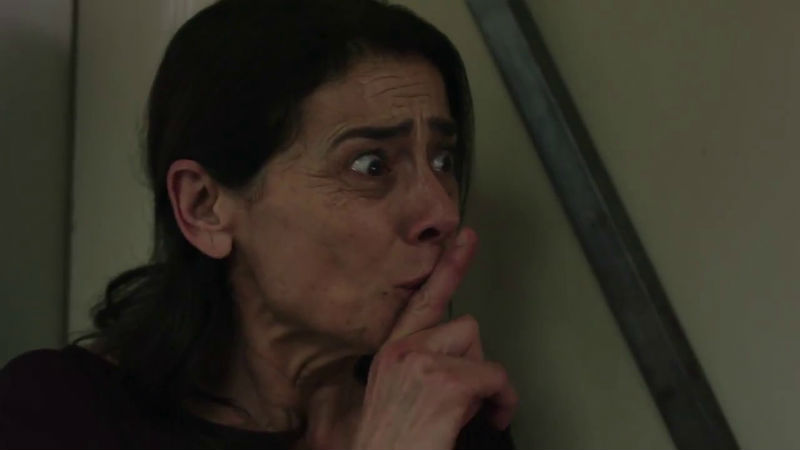 It’s very easy to relate to the characters in Insyriated because they are very real. This is the type of film that everyone who opposes to their country taking in refugees should see. Oum, her three children, her daughter’s boyfriend, her father-in-law, her neighbour and her baby (whom she’s also harbouring in her makeshift fortress) are ordinary people, just like you and me. They have films posters on their wall, vases with flowers in their lounge and they sit around the table for dinner. They love each other, and they are capable of compassion and solidarity. They are deeply human, unlike the snipers and the rapists outside who have seemingly shed their own humanity is the name of war.

In Insyriated, it’s the women who have to bear the brunt of violence and stay firm and in control at the face of adversity. Oum and her neighbour Halima (Diamand Abou Abboud) have to make enormous sacrifices in the name of others. They are in charge of the young and the elderly, and they must not allow their weaknesses to show. They have to make the most difficult decisions, and they know that the wrong movement could lead to instant tragedy. They are not weak and vulnerable human being. Quite the opposite: these females are the real warriors, even if they never take arms. 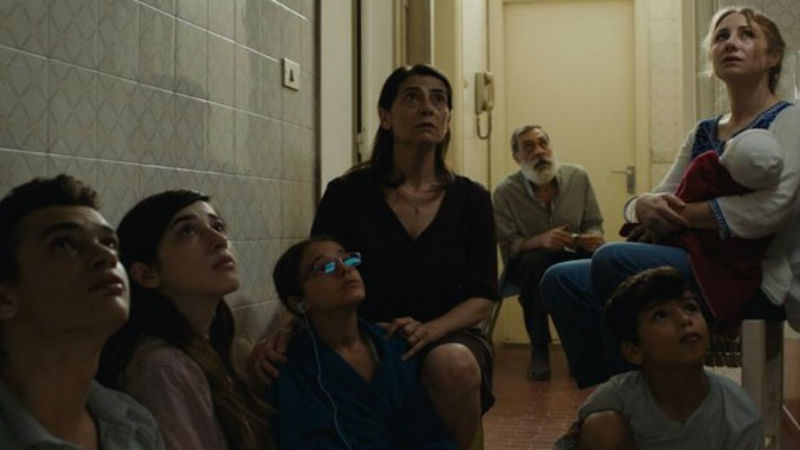 Urgent in its simplicity, the effective Insyriated will haunt you for some time. It’s a painful reminder that tragedy can strike at anytime, and that there is no such thing as a safe home. It’s also a call for action: every country should open their doors to Oum, Halima and their families.

The director Philippe van Leeuw attended the premiere screening at the Berlinale and explained that the film takes place at a time when the world was paying attention to the war Lybia and dismissing the situation in Syria as unimportant. He expressed gratitude to the Germans for “welcoming” Syrian refugees, while reproaching other countries for not doing the same.

Insyriated showed at the Panorama Section of the 67th Berlin International Film Festival in February 2017, when this piece was originally written. The film is out in UK cinemas on Friday, September 8th.