"Dirty gem"
Redreaming the dreamer: biopic of the Chilean poet and politician Pablo Neruda is as imaginative and colourful as the man it portrays, and a fitting tribute to one of the most important voices of literature and communism in the 20th century - now on Blu-ray, DVD, and iTunes

Most biopics tend – or at least purport – to be as descriptive and accurate as possible. Exaggerations and deviations are normally frowned upon. Unless your subject is a subversive genius, in which case the poetic licence gives you the freedom to devise a loose interpretation of their life, thereby concocting events, characters and a highly inventive language and structure to your film. The French filmmaker Pierre-Henry Salfati did just that with the life of one of the most provocative and dirtiest musician of all times, in Gainsbourg by Gainsbourg: an Intimate Self Portrait (2012). The film is with flooded with strange images, allegories and interpretations of Serge Gainsbourg, and it often resembles a dream. Now the Chilean filmmaker Pablo Larraín has done something remarkably similar to the Chilean poet and politician Pablo Neruda. It’s a huge responsability, and fortunately both directors succeeded in their endeavour.

The scribe Guillerme Calderón blended real events from Neruda’s life with fictionalised characters, often questioning the role of the artist and his creation. The film takes place in 1948, when Pablo Neruda (Luis Gnecco) served a term as a Senator for the Chilean Communist Party. Due to mounting pressure from the US, president González Videla suddenly outlawed communism in Chile in 1948, and a warrant was issued for Neruda’s arrest. Friends hid him for months in the basement of a house in the port city of Valparaíso. Later, he escaped through a mountain pass in the Andes into Argentina with the help from locals. He was accompanied by his doting and admiring wife Delia (Mercedes Morán) throughout the journey, except for the final part of his track. 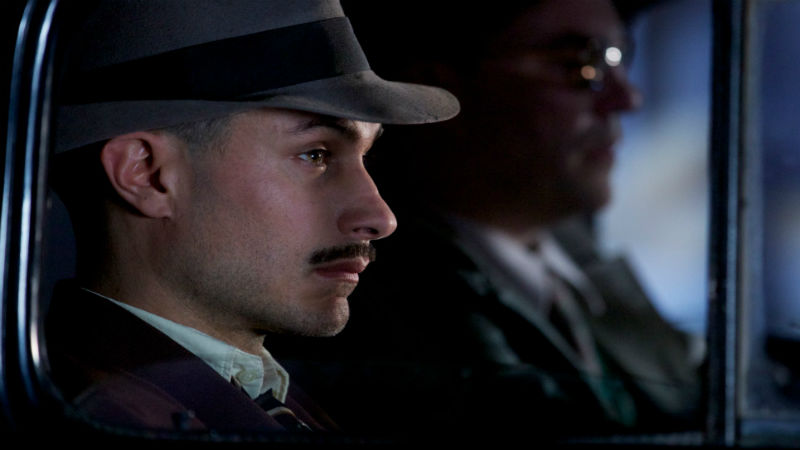 Peluchonneau narrates much of the story, and his mind is a fighting ring for emotions and desires. He both admires and loathes the famous and elusive fugitive. He boasts that his father was an important officer, while grappling with the fact that his mother was a prostitute. Most significantly, he is terrified of being a secondary character. As he gradually realises that he is merely a fictionalised persona, he desperatly tries to avoid his inescapable fate.

Neruda is a compelling poem about the inventive mind of the greatest poets of Latin America, and it’s a sharp turn away from the harsh and acrid tone of Larraín’s The Club. The director’s previous feature – which was released in the UK earlier this year – is a denunciation of the sexual crimes of Catholic priests in Chile. Click here for our review of the movie and here for our exclusive interview with the director. 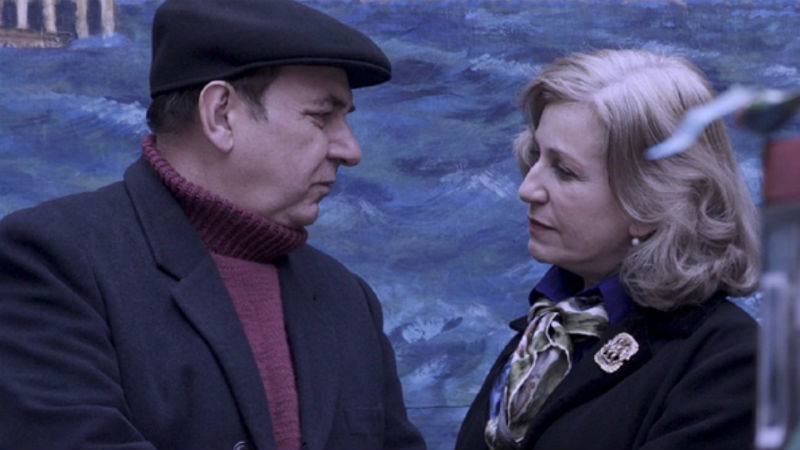 Ultimately, this is not a film about Pablo Neruda, but instead about the work and the legacy of his late compatriot. No wonder Pablo Larraín described it as “Nerudian”, which would probably make a much better film title. This movie is much more akin to mercurial adjective than to a inflexible noun. The deft filmmaker understands that Neruda’s legacy – empowering the voiceless, invigorating the marginalised, perpetuating ideologies and encouraging self-discovery – is far more important than the man per se.

Neruda was of the BFI London Film Festival in October 2016, when this piece was originally written. It was out in cinemas in April, and it becomes available on Blu-ray, DVD, and iTunes on July 10th.

One thought on “Neruda”