John, ’tis the time to go to Sheffield!

A very impressive selection of world documentaries, plus a virtual realities exhibition, will hit Sheffield next month; we will bring the best of them to you firsthand

The world of documentary is very well represented in the UK film festival circuit, as more than 160 films from 49 countries – 52 of them UK premieres – hit the Sheffield Doc Fest next month (June 10th to 15th). There are features from China, Chile, the US, Palestine, Iraq, Sweden and Mexico, and many other nations. Not just is the programme incredibly diverse, but it also includes an alternate realities exhibition.

According the event’s new CEO and Festival Director Elizabeth McIntyre the objective of the Doc Fest is “to entertain, inspire and bring out about change” to the UK and the world. McIntyre is a filmmaker and mentor herself, and she was a regular at the event for many years. She is pictured below with the editor of DMovies Victor Fraga. 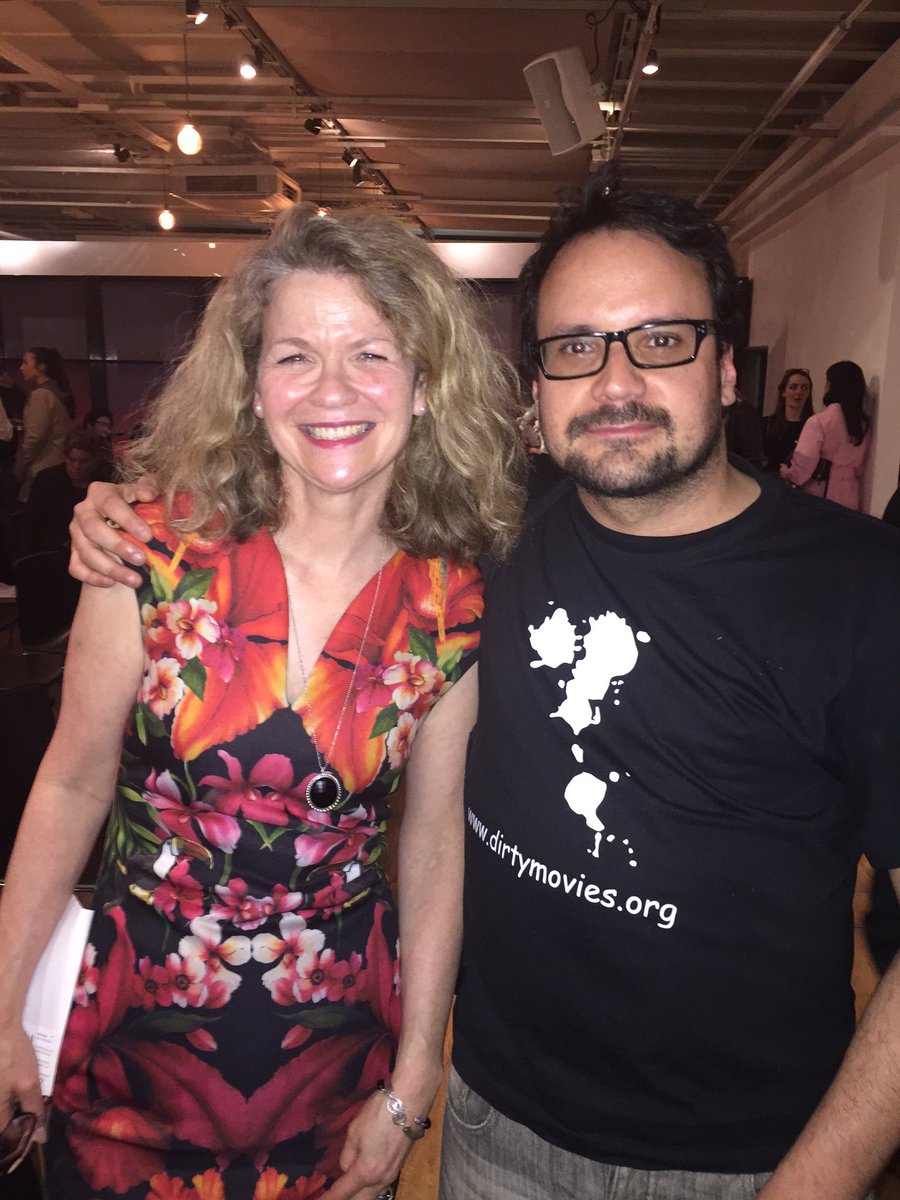 There is certainly no shortage of socially and politically-charged films in the event, such as the opening movie Where to Invade Next, by the documentarist Michael Moore. The American director examines how many countries around the world successfully implemented the American dream, while the US failed to do so. The film was presented earlier this year in the 66th Berlin Film Festival – click here in order to read our exclusive review.

Pictured at the very top are Tilda Swindon and John Berger. The British actress, who will also attend the event, has directed the documentary The Seasons in Quincy: Four Portraits of John Berger, in which four close friends of the art critic in the film’s title collaborate on four different film essays. The movie is set in the Alpine town of Quincy.

Documentary stars attending the events and showcasing their latest work include Stacey Dooley, Joanna Lumley, Louis Theroux and Freddie Flintoff. There will also be a special tribute to the legendary British filmmaker Ken Loach with three of his films: Cathy Come Home (1966, pictured below), The Flickering Flame (1996) and The Spirit of ’45 (2012), and the director will also be present at the event.

Another highlight is Strike a Pose, followed by a Q&A with film director Ester Gould. This is a documentary about the fate of Madonna’s seven dancers after the Blond Ambition Tour – you can read our film review here. Other films likely to receive vast attention include Serena (Ryan White), about the external pressures and vulnerabilities of the famous tennis player, and Notes on Blindness (James Spinney), about a man losing his sight – both films will be followed by a Q&A with the director.

Not what it seems

The Alternate Realities Exhibition will take place during the entire duration of the Doc Fest, bringing more than 30 interactive screenings and interactive shows and a summit. Highlights include social robot Bina48 debating love, war and the universe with Ramona Pringle, Dr Stephen Smith presenting virtual Holocaust survivor Pinchas Gutter, who answers all questions about his experience in real-time, and NAO giving a brief history of robots and iCub, thereby helping audiences “to see beyond their own eyes with telepresence experiments”.

The Virtual Reality Arcade has 12 interactive installations, where audiences can engage with images and sounds in an entirely new way. In Easter Rising: Voice of a Rebel (Oscar Raby), people can step into a man’s memories and into a crucial moment that the history of Ireland, while in Invisible (Darren Emerson) they are invited to enter an immigration detention centre in the UK.

For more information about the Sheffield Doc Fest and to book tickets now, just click here. DMovies will be live at event bringing to you the dirtiest films and virtual reality shows.

A suicide drama that's unafraid to look tragedy directly in the eye, this is an unrelenting yet startling experience — live from Locarno. [Read More...]